According to the "psychometric consultancy' outfit AptiQuant, users of Internet Explorer have a lower than average IQ.

Based on what? Who really believes this stuff?

AptiQuant sent online IQ tests to more than 100,000 people and, based on the responses it got, came to the fascinating conclusion that users of the Internet Explorer browser are likely to have a lower than average IQ.

Those that use Firefox had the highest IQ and Chrome and Safari fell in between. The study supposedly had the same results when it was administered five years ago!

On its website AptiQuant say it "provides tools to corporations to help them measure the mental ability of existing or potential employees." Ahh….okay!

So the question is: Who’s your Browser?

Things that make you go hmmm??

Interesting IQ test.  Who would have thought that the internet browser was a valid indicator?  I really believe it has to do with having the right O/S  and what the industry is using to improve technology, as to what browser you should use.  I do see the trend moving away from IE, tho.

Does this mean that the MLS wants us to remain on the lower end of the scale? If I didn't need IE for the MLS, I would have kicked it in the garbage can 13+ years ago. Ihave yet to find a browser that I do like 100% so I will stick with Slim Browser and my alternative..

Slim browser? What is that? 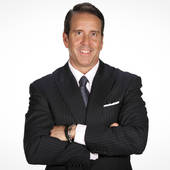