I just had to re-blog Mr. Mike Cooper's post, my comments were too long...  I wish I could post in all the major citiy news networks for inspirational purposes.  I hope passing it forward helps.  Thank you so much Mike!!

If I had a "like" button I would have hit it at least 5 or more times...  Better yet I wish I could post this in all the major newspapers across the country!!    So many lives you would touch...& may be an inspiration.

Mike, thank you for this post, for so many reasons.  In this particular "circle" I think it is so beneficial as many of the clients have been faced with the "alligator" of their homes......the foundation their families exist.  They aren't sure what the future holds for them.  They aren't sure what options if any will be available...    Some were greedy...but many were forced out of work or businesses folded, or their spouse's loss of income or illness (stress induced or otherwise)....  It is so important for others to know there "are options", a new door & phase of life!  I do apologize if this is long but the importance is below..."there is tomorrow" & the points you brought out so crucial.

I think it is such a truly touching message....and for any of us that are face to face w/ some of these cases & in contact with those trying to rebuild from that type of experience....well it a good reference to have (to know at least) & may be even share the helpful hints in a format of some kind.  May be it is the new short sale client that you get their listing, or may be it is the one now trying to buy (& are almost homeless) after such devastation... (but they may have created some good pay checks during the up cycle hopefully others won't just turn away...they were thinking the same thing...it was here to stay)

Well I can't speak for anyone else but as well as being so touched, being able to relate!!  I had a divorce (business difficulties of my husband, one of his best friends & our neighbor committed suicide & he wasn't happy without being able to understand it all I think) which resulted in my trying to downsize & purchase the least expensive (but nice) townhome for the almost adult children & I..... in an "up" market....(it gets worse).... in a gentrification area. Well,  I was robbed twice (once after my daughter had only been gone 30 minutes...(scared the daylights out of me)...business also folded in cutting residual income, lumpectomy, hit & run driver uninsured (another story by itself)....  We are still here.

In short billions of people faced with things they have never been faced with...."families" that are trying to regroup (things they never thought would happen).

Life hasn't been the same in almost a decade for me since 9/11 & the impact it had on my family.  So, there are many stories....  Some of the "greed" was beyond us & even our knowledge at the time.  Some of the very people that are struggling (others) may be were caught up in real estate investing (of which many brokers (mortgage & realtors) made money then & are having to try to look to the people that they did provide an income for some guidance in a completely new existence.  Those people may have helped with a few pay checks during the "up" part....please don't forget those people because they are now on the down side...  (or I hope we wouldn't??)

You have soooo been an instrument to help others, that is such a gift to us.   I think this is what was divinely intended for our compassion we are supposed to share?

If you were suddenly wiped out financially, what would you do?  In the Fall of 2008, a lot of Americans had the chance to face that question.  Let me tell you a personal story.

In the 90s, I started a successful real estate investment company, but I also did other things that interested me.  During that time, I became a pattern day trader.  A pattern day trader is someone who buys and sells the same stock more than four times in 5 consecutive trading days.  The SEC decided to recognize this group of traders because a lot of people who were trying to be day-traders were losing everything and then running around the country shooting people.  It seemed logical to key in on this class of investor in case they popped a rivet while trading.

Anyway, I traded about 600-700 times a year.  I had taken a small investment and turned it into a substantial sum toward my retirement in just a few short years, and it was exciting.  I loved the intensity of day-trading.  It was highly competitive, and  I really enjoyed that part.  It was matching wits with someone on the other side of the computer screen.  That someone might be a market maker or a major corporation like Lehman Brothers, Bear-Stearns, Morgan Stanley or others.  I reveled in that challenge.  I learned how to manipulate the manipulators on Wall Street, and I was having a blast!  I succeeded in about 90% of my trades which caused my net worth to soar.  You really only need to be right about 10% of the time to prosper as a day-trader, but that wasn't good enough for me. Then, in September 2008, the markets crashed when time finally caught up with the incompetent leaders in Washington whose policies were driving the country to a Great Recession.  One reason I have such disdain for so many politicians is that they create problems, exempt themselves from the consequences and then run for re-election against the problems they created.  The collapse of the stock market in 2008, and failure of the real estate market in the convening months, should be laid at the feet of Washington politicians.  Follow the money, and you'll see the

When the markets collapsed, our family finances was nearly wiped out.  We lost about 90% of everything we had saved for the future.  It was devastating.  My wife was worried , and I was very frustrated with the circumstances.  But, we were sure it would be OK because the knowledge that got us to that point was still with us.  So, I started rebuilding.

Here's my advice to you, if you, or someone you care about, has suffered a major financial setback: We're having our Phoenix moment.   I am looking forward to the future, and I'm thrilled that I took the biggest hit of my life, and I'm still standing.  It makes me want to say, "Is that all you've got?" But, wisdom tells me to keep my mouth shut!

I will pass my 2008 status within a  short time, and I am grateful for that.  The lessons learned during this recession have made me a much smarter and more aggressive businessman.  The truth is, the depth of this recession didn't need to happen, and when it did, it really ticked me off because it got very personal.   I needed those emotions to drive me.   My investing success had lulled me to sleep, and I had let myself get lax during the early part of the 2000s.  I took my victories for granted and assumed it would continue forever.  That was a mistake, and it's not one that I will repeat.

Friends, above all, if you get hit with a major financial crisis, don't give up.  I know there is that overwhelming feeling that makes you want to curl up in a fetal position, but don't allow yourself that luxury.  When you've taken a hit is the time for focused action.  You can rest and lick your wounds when it's over.

Just know, it will get better, and it might be difficult for a few seasons, but you can turn it around.  Reach out to others who can help you. They're out there.  And, for Heaven's sake, vote for politicians who have real life experience in finance and business and aren't just known for give rousing speeches.  Speeches don't feed the bulldog.

Groups:
Realtors®
FOR SALE BY OWNER - MARKETING(FSBO)
Posts to Localism

Tags:
what would you do
if you were suddenly wiped out financially

I really understand what you are talking about I too lost everything and I agree with you post.  I would like to add taking risk is one thing surviving makes you stronger or you can choose to fail.  Failure is a state of mind not a human condition.

This is one of the rare times in our country's history that so many people are going through the same thing.  They have two choices...lay down and give up or.... chin up, one foot in front of the other and move forward.

After a divorce, I started over in the mid-90s....and I was in my late 40s.  I'm not sure I could do it again; however, diversification of my investment portfolio * stocks, real estate and dividend income should help.  I love what I do so I'll keep doing it!

Thank you & again we have to thank Mike.  Yes, it is all about how we handle things that are dealt our way & also trying to remember there is always someone with a story & most time a worse situation than we can imagine.  I saw that as well....  I wanted to try to emphasis his story & expand a bit for those that are dealing with the attempts that people are trying to make to pick themselves up after these stories (& there are billions of injured people)  Specifically the mortgage broker who is looking at the couple (or person) who has the low score or the is trying to buy another home after they lost all they had...  It may help to take a breath, step back & wonder what their story is....& may be we can all try to help each other pick each other up & stay motivated.  In some cases those people may not have had those low scores all their life they only got that way when they invested too much in real estate.  May be it bears repeating...it may have been the hand that once fed you or someone else in the industry & now they are trying to recover??  So, so many stories & thanks for your posts!!  I am not a quitter nor are many of us, but it helps to know you are not the only one, know that there "are options", and know that there is a support network that hasn't forgotten.  Very, very few came out unscathed & "if" they were that fortunate, I am hopeful they are not so glib that they loose their compassion for the ones that tried to contribute. 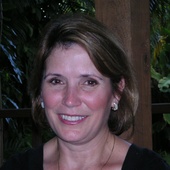