Home > Blogs > Bob Atkinson > Where is the real money in real estate ?
bookmark_borderbookmark

In my personal investment plan that I formulated in 2008 I underestimated the future stagnation we are experiencing as of August 2011.

I am located in one of the most stable markets in the country (Wake County of NC) and it has not escaped the doldrums but has fared better than most.

Banks continue to shut off the finance valve for land as they still have the big problem of getting rid of their shadow inventories of REO property.

The recent financial debacles in our nation's capital have not helped.

I am located in Apex,N.C. which has 2 major stimulus projects underway for infrastructure ( regional wastewater and the I-540 Toll Road).Both of these are tracking on the same planes with 540 to be open by 2013 and the wastewater system about 2014.

Although these are 2-3 years away , it is time for major land developers to begin acquisition of land to prepare for growth in 2013 and beyond.

The question is " has land gone down" and the answer is yes and no.

Land owned by banks has been sold for 50% less than 2007 values but other land just has not sold period except for farm land outside Wake County.

Like most land investors ,I have been forced to hunker down and hope it will rebound but it will not happen in 2011.

Groups:
Posts to Localism
Realtors®
What it takes to professionally market and sell land 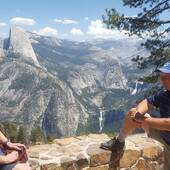 Real estate is a wonderful game when times are good but not so much fun in down times. The Great Depression of 2008 until who knows when is one of those unkind times. Some seasoned agents probably put away funds from 2003-2008 but most probably did not. Like all 100% commission sales professions our incomes can fluctuate big time . If you are one of those who prepared for The Great Ressession then you are possibly in a position to invest which is where the real money is. We have done the rental game but today just do the best -land .Anybody who can buy ,option, get land by owner financing etc. in 2015 should do it any way they can. In 5 years you will be a happy camper.