I read a lot of articles on AR about the importance of a buyer having their own "good" representation.  Here's a true story that I feel illustrates this point.

One of my spinning plates is floor time at the office.  I work for a big brokerage, we have over 200 listings in the office and yes the phone actually rings here.  About 3 months ago I took a call from an investor and right off the bat we hit it off.  He's a very smart man but also very salt of the earth, so we get along well.   I met him the next day to show him a listing and after a little consideration he passed on it.  But he did tell me, "Matt, I like you and if you're willing to work with me, then I'd like to work with you."  And so it began.  The next day we had a conversation about what he really wanted which was an REO property that he'd put a bid on a few months prior but hadn't gotten it.  He figured somebody else had purchased it.  I looked it up on MLS and saw that the property was withdrawn (no right to relist for the listing agent)  So I began inquiring as to the ownership status and found out Fannie Mae owned it.  I then proceeded to get after Fannie Mae with a series of phone calls and emails, basically telling them "Hey listen, I have a cash buyer for this one..."

So here's the sad turn.  Fannie Mae decides to re-list the property.  They call the former listing agent, who's a very well known REO agent, and tell him that his customer (who is also my customer) had the highest bid on this property and that they are getting ready to put the property back on the market with a different agency.  So this well known, REO agent calls my customer and tells him, "Hey listen I can get you XYZ street, after all..."  He then meets the customer at the site, implying that he is still the listing agent and thusly has procuring cause for the sale and that he can get it done, wrap it up quickly etc. etc.  My customer calls me and says "Matt, I apologize but here's whats happening... He then promises me that when he gets the property repaired that I have great listing in my future."  I tell him that I understand, that I don't want to get in the way of his deal and that the listing agent has procuring cause in this situation, so I don't want to mess up his chances at getting what he wants just so I can try to make a paycheck.

Well here's the truth.  The well know REO agent, was not the listing agent.  He took the offer and deposit, but the property was listed with another agent.  So Mr. Well Known REO agent hoodwinked the buyer into working with him, knowing the buyer would never have voluntarily done so.

Here's the collateral.  Turns out there were some title issues with the property.  It was supposed to close at the end of June and here we are in August with no closing date yet.  The well known REO agent who hoodwinked my buyer has dissappeared from the scene, washed his hands of it.  The listing agent doesn't want to deal with the buyer, because he doesn't have any fiduciary relationship to him.  So the buyer is stuck going after Fannie Mae to get this property closed with no help, assistance, support from anyone.  He and I touch base every few weeks, he's a great guy and I'm really looking forward to getting started working with him, but if I were his buyer agent on this deal, he wouldn't be alone on an Island right now.

So to all the buyers out there, here's the moral.  Get yourself a good agent.  Someone who you trust to see you through to your closing and beyond.  Don't fool yourself into thinking you're going to get a better deal by going straight to the listing agent or that you don't need any assistance in purchasing a property.  Even if you don't NEED help, why not take it?  There are agents out there who take buyer representation seriously, get training to be better buyer reps and who care about you as a client.  Don't get stuck in a situation where no one cares about you or your interests in a deal, like my friend and customer has found himself in this situation.  Good Luck

Groups:
Active Rain Newbies
Coldwell Banker Platform for Sharing Information
Investors
It's A Buyer's Market
The Art Of Marketing You 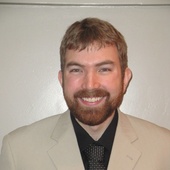