Home > Blogs > Chalmette Ray > Houston Commercial Investment Sales Information
bookmark_borderbookmark
That Ceviche Has Been Hiding From Me Houston Texas
Houston Texas if you have been following my blog then you know I like to eat.  Therefore, I found it imperative to discuss this thing called ceviche.  It is said that ceviche originated from the Viceroyalty of Peru which during the 16th and 18th century was a colonial district of Spain.  However, both Chile and Peru were governed by the Viceroyalty so both places take credit for being the home of ceviche’s origin.  Nowadays ceviche has become very popular in South and Central America.
Houston Tx let us begin by defining the term ceviche.  It is defined by many as different things, but consistently you will find it is characterized as raw seafood that is marinated in a citrus based sauce.  In more traditional settings cubed fish is the seafood of choice.  The citrus based sauce is usually lime and lemon juice although other citrus sources can be used too.  After having marinated in the citrus sauce for some time the seafood is pickled and usually taste as though it has been cooked to some degree.  Depending on the fish or seafood being used the marinating time could take several hours or just minutes.  Other ingredients in this dish may include salt, onion, Andean spices and chile(the spice).  Ceviche is one of those dishes that varies greatly from region to region with regard to how it is prepared.  That is mostly due to its grown popularity over the years.
In Houston Texas on the northwest side there is a restaurant called Red Onion Seafood y Mas has ceviche for days.  There are some combinations and choices there guaranteed to make the most distinguished palates conclude.  The waiter Andrew (the only Caucasian male there I think) was one of the sweetest people you will ever meet and he makes sure you are well taken care of while dining.  If you are more downtown Houston TX oriented then The Samba Grill will probably tickle your fancy.  They too have a version of ceviche that is delightful as well.  No list of choices there but they have delicious ceviche.
Houston Texas if you are interested in finding out about more great restaurants then by all means please visit www.meetup.com/4foods.   I make a conscious effort to visit restaurants that are sometimes off the beaten path but consistently deliver the goods every time.
Real Regards,
Chalmette Ray
www.mymove2houston.com
chalmetteray@yahoo.com
713-591-5922
281-798-3005

*That Ceviche Has Been Hiding From Me Houston Texas*

Ninfa's in Houston used to serve pretty good ceviche, at least when I lived there. I guess since Mama Ninfa died the place is not so good anymore. But when she was on the job, wow.

I can always eat some good ceviche.  I think Ninfas in the galleria area is still thought to be pretty tasty, but there are some restaurants that have come along since then to keep the competition stiff.  I will have to make it my business to get to the Ninfas still here that dominates all the rest of them in Houston Texas.

Hi Chalmette, the picture of Ceviche looks mouth watering. Thank you for sharing and hope you have tasted the ceviche at Ninfa's. All the best!

Hello Chalmette, Great article about Ceviche, it's history and where it originated. The way you describe it in words is definitely enticing to everyone's taste bud. Thank you for the information.

I agree with Katerina, the picture of Ceviche looks mouth watering. I would definitely try one of these given the chance to visit Houston Texas. All the best Chalmette.

Great stuff here Chalmette! I would definitely try this Ceviche given the time to visit Houston Texas. Thank you for the mouth watering picture.

Definitely a must try delicacy in Houston. All the best Chalmette! 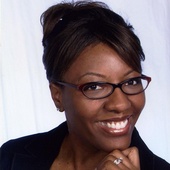