After weeks of contentious debate, the recent compromise to raise the debt ceiling did little to improve current economic conditions. In fact the bungled handling of the debt ceiling crisis may have a triggered another economic downturn. Unemployment remains high and stocks are taking a dive bomb. Homeowners both in the Hudson Valley and across the nation watch nervously from the sidelines, as key issues that could make or break the struggling housing market hang in the balance.

Though an agreement to raise the debt ceiling was in fact reached before this Wednesdays August 3rd deadline, it hardly settled investors’ nerves. Both Republicans and Democrats were angry with the final agreement and the average citizen was downright confused. The stock markets did not respond well to the compromise and as of this morning global markets dropped leading economists to worry that we are in fact heading towards the 2nd dip of a double-dip recession.

This spells bad news for the housing market. A weak economy leads to a decrease in home sales, which are already hurting. High unemployment means that less and less folks are relocating for work purposes, also hurting sales and new construction. There have also been calls to eliminate the Mortgage Interest Deduction (MID) which has long been viewed as a tax benefit that encourages home ownership by keeping carrying costs down. Ending MID will result in an almost automatic tax hike in for all homeowners.  Add to the mix a proposal that would make it a requirement to put 20% down on a mortgage in order to get good interest rates, and you’ve got what seems like a long list of challenges facing today’s homeowner. Economically, things are looking dismal across the globe. Back on the home front, the housing market is what affects the average American the most. Check back to our website for updates to this developing story. 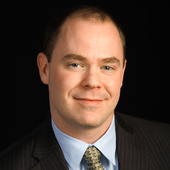