Sales of pervious occupied homes fell in June for a third straight month for a seasonally adjusted 4.77 million. The pace is lagging behind the 4.91 million homes sold last year – THE FEWEST SINCE 1997.

New home sales also declined in June and are trailing last year sales, which were the worst on records dating back nearly ½ century.

On the up side:

The average rate on a 15-20-30 year fixed mortgage has fallen to its lowest level in decades.

Do you foresee mortgage guidelines becoming looser in the coming months so that more people will qualify?

I don’t think that will happen anytime soon. Until the private sector starts to support and invest into the housing market    ...only until then the guide lines may loosen.  "Too much liability and risk when swapping mortgage backed securities."

Fixing your credit at this time may be the only option. 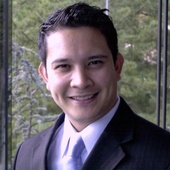 almost 10 years ago
bookmark_borderbookmark
Getting to know where you stand with your monthly ...
View more Recent Posts   arrow_forwards