The Merion Cricket Club is one of those hiding-in-plain-sight Main Line institutions that most people have heard of but many have never visited. Situated along Montgomery Avenue in Haverford, you've likely driven past it thousands of times.

A couple of weeks ago, Patch was invited to the club, where we covered a weekly meeting of the Rotary Club of Ardmore.

Founded in 1865, "cricket, the game of English gentlemen, was the cause and the origin of the Club," according to its website. "Lawn tennis gradually supplanted cricket as the Club's chief activity."

The original club was established near the Wynnewood train station. In December 1873, the club leased, and then bought, five acres of land in Ardmore at the end of a road that eventually gained a familar name: Cricket Avenue.

In 1892, the "Haverford Land and Improvement Company" was chartered, and two properties on the current site were joined for a dozen or so acres, and leased for 999 years.

Golf was introduced later on, and the Merion Golf Club was born (with a pretty fabled history of its own), but later split into two entities.

"Since the move to Haverford in 1892, Merion Cricket Club has a long history of involvement with other sports: lawn tennis (1879); bowling (1895); golf (1895), the cricket and golf clubs separated in 1942; soccer (1896); squash racquets (1900); field hockey (c. 1900); badminton (1937)," says the Lower Merion Historical Society, on its website. "For many years, the club has hosted important tournaments in these various sports and an impressive group of its members have become national champions. Merion Cricket ... continues to support a vital progarm of family-oriented athletic and social programs within its fine facilities in Haverford: fine sportsmanship, good fellowship." (Click on link in this paragraph to see historical images of olders sites and buildings.)

The overall history is a fascinating one, with fires and a new main building from famed Philadelphia architect Frank Furness, featured in many of these photographs, taken on Julu 14 after the Rotary Club meeting on a gorgeous summer afternoon. 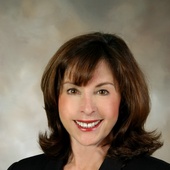