Buying an affordable San Antonio Home will get harder if the interest rates go up by any amount. The Lower Interest rates is what makes buying a more expensive home possible. The interest rates that we've become accustom to over the last year may very well go up due to the Unites States credit rating being down graded last week. Of course that is speculative as usual depending on who you speak with and/or listen to.

On Fox News Sunday it was stated that the US Treasury Bonds are no longer the best and most secure purchase yet today it was stated on NPR that they are still the safest place to put your money. The Unites States credit rating has been down graded for the first time in our history and my question to home buyers is this: If you have been waiting for prices to drop and expecting interest rates to remain low, what do you expect the interest rates to do now?

Buying an Affordable San Antonio Home has many components most of which we as consumers don't have any control of. Interest rates are driven in large part by the GDP or Gross Domestic Product, the CPI or Consumer Price Index and the unemployment rate. That means what? Well if it appears that the economy isn't growing then interest rates tend to either remain the same or decrease. Let's throw in another wrench... If the credit rating of the United States decreases that means that foreign investors will most likely charge the U.S. a higher interest rate to borrow money. This is very similar to the system that lenders use to determine what the interest rate they will charge consumers for loans. If two buyers are competing to purchase the same home and one has a 820 middle credit score and the other has a 650, there is a high probability that the person with a 820 score will have a lower interest rate and have a lower debt-to-income ratio.

This means what to you in terms of interest rates? What this means is that if CPI and GDP remains the same and the U.S. has to pay more for the money it borrows, it seems logical that the flow of pain will roll down hill to the consumers there by increasing the interest rates.

So if you are on the fence with the question of when to buy, then my recommendation is to look at the history of interest rates and make a decision because purchasing a home today at historic low interest rates is better than anyone has done 3, 5, 7 or even 10 years ago. Go ahead and one-up your friends and family and buy an Affordable San Antonio Home today. 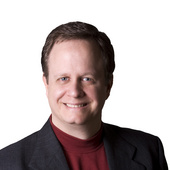 Author Bio: Randy Elgin specializes in affordable homes for sale in Northwest San Antonio, TX. He serves residential, commercial and investor clients. He believes a needs analysis is an important first step and understanding what their goals are and how to help them achieve those goals is paramount.

San Antonio TX Real Estate information forum where anyone interested in buying, selling, or investing in the real estate market can ask questions and get answers.