With the opening round of the Dalbo Area Ministerial Softball League Tournament (DAMSL) starting on Aug. 16th it was time today for me to get the grid board heavy paper and get the brackets drawn up! Tomorrow night is the last week of the regular season and I am hoping all winning teams report their scores immediately following the game so I can fill these out and let teams know where they are playing one week in advance! There is a 3 game guarentee and with that the potential game count for the tournament is between 76-82 games. This makes for a full day on Saturday with games starting at about 7am and ending at 10:30 pm.  Action on Sunday will start at 12:30pm and end potentially around 9pm.

Almost all of the seeding positions are up for grabs in tomorrows action.  For scores and standings go to: Dalbo Area Ministerial Softball League Website. 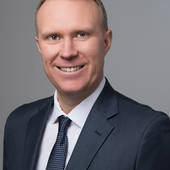