There is no doubt that this is a great time to buy a house.  Purchasing a home has remained affordable, primarily because of the extended period of historically low interest rates that has continued for more than two years.  A wide variety of properties from which to choose and affordable prices sweetens the opportunity for homebuyers.

The general public agrees, and so does the secretary of the U.S. Department of Housing and Urban Development.

For more information on Buying and Selling Homes in Bedminster, go to www.Bedminster-Real-Estate.com. 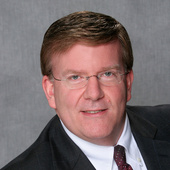