All U.S. interest rates have broken lower. The mortgage-defining 10-year T-note is trading at 4.4 percent, down from 4.7 percent last week, but mortgages will be slow to follow. Even agency loans are stuck in credit fear, but are likely to approach 6 percent soon.

Fed-defining short-term rates have dived almost a half-percent, a sure sign of renewed credit panic. A Fed cut on Halloween, doubtful on Monday, is now a sure thing.

What the hell happened so fast?

(As I recite developing misery, a note on morale to people near real estate markets, civilians and pros: Bad news is the only way for us to get the lower rates that our markets need. As Mom said, keep your eye on the doughnut, not the hole.)

The market sea-change has been driven by a change in awareness, not data. A one-week pop in new claims for unemployment insurance may turn into a trend, but is not yet; and anyone surprised by the new report of plunging in sales of new homes has been vacationing on another planet.

Since the August Crunch, global markets have been lost in the exuberance of cash pouring in from oil and trade, behaving like a bunch of teenage boys with elevated expectations for Saturday's dates, misunderstanding the real distance of hand from promised land. American economy weak, its rates going down ... Sell dollars! Buy euros! Rupees! Buy oil! Gold! Commodity anything! We don't need America to buy exports -- the world has de-coupled! Buy stocks, stocks, stocks, here there everywhere!

Finally, two months after the initial grip of the Crunch, the word is out: There is no relaxation at all. We are in a two-part systemic event: Several trillion dollars' worth of trash lies where it was, value and ultimate disposition unknown; and worse, the impaired holders have dramatically reduced extension of new credit.

Reported losses at financial institutions, at first thought to be overstated ("kitchen sink" write-offs) are not. More will come. The institutional embarrassment is a greater impediment to new credit than the numbers: The losses are formal confessions by management and directors of personal incompetence. That'll make you risk-averse.

PMI and MGIC, mortgage insurers who avoided the worst of the mortgage party by shrinking their market share -- that's what they said -- announced huge losses.

The best black comedy: Citi led a parade of giant banks to the Treasury, trying for official blessing to keep $400 billion in off-balance-sheet trash from being forced back on (where it belongs) or into disorderly liquidation (Eeeeek! Might find out what it's really worth!). Why Treasury Secretary Henry Paulson let them in the building is beyond me. He loaned them a conference room and bought sandwiches (day-old, I hope), and the bankers left without even a lipstick-on-a-pig deal among themselves.

Federal Reserve Chair Ben Bernanke delivered his best speech in office, a somber affair acknowledging the reinforcing-spiral risk in a credit meltdown, using the same phrase as Vice-Chair Donald Kohn last week: "... Tighter credit could presage a broader weakening in economic conditions that would be difficult to arrest."

After the speech, in Q&A, asked about the structured-finance deals presently evaporating, he said this: "I'd like to know what those damn things are worth." The next day, John Mack, CEO of Morgan, volunteered, "It will take at least a year" to come up with proper valuations.

We don't have a year without new credit, and there is no way to restore the supply of new credit without recognition and breakup of the dead-loss clog. I'm sure Mack would like to defer loss recognition indefinitely, but his remark indicates abject failure as a public steward, joined by his senior colleagues on The Street.

For all the awareness displayed this week by Bernanke and Paulson, they have not presented a single useful idea. Gentlemen, it is time to grasp the nettle: Force the sale or adequate capitalization of this stuff; if the losses are too big for markets or capital to absorb, get on with loss isolation by government guarantee."

Show All Comments
Rainmaker
221,510
David & Lisa Webber
RE/MAX Executive - Crofton, MD
www.webberteam.com
Very interesting, I missed this one come in on my Inman news.  I expected another rate cut - should be good for business!
Oct 24, 2007 12:47 AM
LIKE
#1
Show All Comments
Older Post Newer Post
Back to Top
Find what you need?
See More Blog PostsAbout Real Estate! SEE MORE NOW!
Rainer
10,211 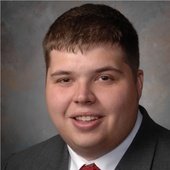