This house was conceived to be a house on a hill on a unique site in Dallas executed in the Edwardian Style. A private and tranquil property in the heart of the ultra exclusive Old Preston Hollow estate area with 5.3 acres of exquisite trees and picturesque views of Bachman Creek was the perfect spot for this landmark home.

As I began to do research I discovered that Edwardianism was not so much a style as a historical time period and a way of life. The period relates to the time just after the death of Queen Victoria in 1901, ascension to the throne of Edward VII, and his subsequent death in 1910 (though the period could be said to have lasted until 1939). It was a time of great wealth in England, a care free life style, and the construction of some of the great English country houses. Stylistically houses were quite eclectic and drew inspiration from many types of architecture from England's past.

Sir Edwin Lutyens, a great designer of country houses during this time employed a "butterfly plan" with spreading wings to capture the sun in a gloomy climate. .The angled entrance of this house, inspired by this concept, is intended to act as a welcoming façade set up on the hill. A rather eclectic French turret completes the composition giving it visual weight and a sense of verticality. The rest of the exterior is designed to capture specific views on the 5.3 acre site and to create the numerous axial alignments employed in the floor plan. Coursed rough-back Leuters limestone was employed to give the exterior skin of the house an aged look.

Once inside a central gallery spine unifies all the spaces on the first floor. One end of it terminates in a circular vestibule that acts as a "hinge point" and aids in dealing with the thirty degree angle produced by the façade. The opposite end of the gallery terminates in the bay window at the end of the mahogany paneled library. A formal salon opens off the central gallery and extends views to the rear garden of the house. The great room is given somewhat modest dimensions and utilizes an unusual curved coffered ceiling rather than the more stereotypical "hammer beam" wood trusses. As in a typical English country house of this time many of the rooms are treated thematically differently some with a good-natured spirit of fun such as the Art Deco movie theater in the basement. There are two secret passageways leading to the basement from different rooms. The house was begun in 1996 and completed in 1998.

Composed by Larry E. Boerder A.I.A., world renowned architect of Idylwood Hill. Idylwood Hill Estate is located in the Old Preston Hollow area of Dallas. A neighborhood of homes and estates with the finest architecture and the most picturesque acreage.

What a beautiful home! It certainly could be right at home in England. I'm looking forward to seeing some of these neighborhoods with you. 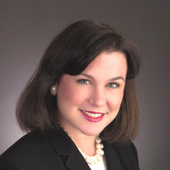