The Waukee School District announced this week that they are taking steps to add a seventh elementary school to the district. The new school would be built at 95th Street and Stagecoach Drive in West Des Moines, southwest of Jordan Creek Town Center in the Michael’s Landing development, The Des Moines Business Record reports. Tuesday night, the school board approved the purchase of 18.23 acres for the school for $760,000. The new building is expected to open for the 2013-2014 school year.

Groups:
It's all about them (ThemThem) 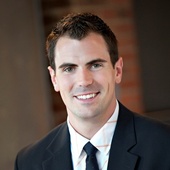