Granada Hills is a district in the San Fernando Valley region of the City of Los Angeles, California.

It is located just north of the North Hills and Northridge districts, west of the Mission Hills and Sylmar districts, and just east of the Porter Ranch district. It is accessible by the Ronald Reagan (SR 118), San Diego (Interstate 405), and Golden State (Interstate 5) Freeways. Major thoroughfares include Balboa Boulevard, Woodley, Hayvenhurst, and Haskell Avenues, as well as Rinaldi Street, San Fernando Mission Boulevard, Chatsworth Street, and Devonshire Street. 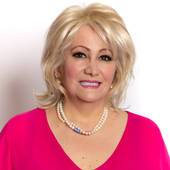 If you don't se your neighorhood here, or if it is here but no hyperlink, then it has not been posted yet, just contact me and I will fill you in on this neighborhood