Those who know and love Oriental are aware that there's just no other place like it.  Widely known as the "Sailing Capitol of North Carolina", where boats outnumber residents 3 to 1.  The small town atmosphere is so relaxing during the week, just as it is for those who spend their weekends with us.  I've heard it said that "the temperature is never higher than 80 or lower than 60 and it only rains at night".  While that may not be totally true, it's not excessively hot or cold very often, or for very long.

Once you have spent time in Oriental, you will find this sailing and fishing village of 875 people is not quite like anywhere else. It's history is part of that feeling.

Oriental was settled by Louis B. Midyette in the 1870's. Legend says that "Uncle Lou", as he was known, anchored his sailboat in the protected waters of Oriental to escape a gale. He was sailing from New Bern back to his home in Dare County where he was a farmer and a fisherman. Storytellers claim that the next morning Lou went ashore and climbed a tree. He was captured by the beautiful landscape and all of the waterfront created by the many creeks. He returned home to persuade others to join his family in moving to the area.

Conveniently located along the Intracoastal Waterway (ICW), Oriental is a popular stop for "snowbirds" cruising south for the winter or heading north for the summer. Many residents will tell you that their first visit to Oriental was by water while cruising coastal North Carolina and that they too decided to make Oriental their home.

Why is it called Oriental?

Most stories heard around Oriental seem to have a boat in them. The origin of the town's name is no different. The United States Post Office Department established a post office here back in 1886. Lou Midyette was named postmaster of what was then known as Smith's Creek. Lou's wife, Rebecca, thought the village needed a better name.

Rebecca had found the nameplate from the sunken ship "Oriental" on the beaches of the Outer Banks (some stories say she just saw it in a Manteo home - but either way the name "Oriental" made an impression on her).

The sailing steamer Oriental was built in 1861 in Philadelphia, and was used as a Federal transport ship in the Civil War. She met her fate in May of 1862, shipwrecked off Bodie Island 33 miles north of Cape Hatteras. The passengers and crew were saved. Today, one of the Oriental's portholes is on display at the Oriental History Museum. The fate of the "Oriental" nameplate is unknown.

The village became known as Oriental a few years after the post office was established, and was incorporated in 1899. 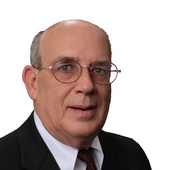