Cockroaches are one of the most commonly encountered household pests. Homeowners and inspectors can learn about ways to eliminate these insects and the conditions that encourage their infestation. The world's heaviest cockroach is the Australian giant burrowing cockroach, which can weigh more than 30 grams and reach 3½ inches in length.

While cockroaches could withstand six to 15 times as much radiation exposure as humans, the popular belief that they will "inherit the Earth" in the wake of nuclear war is largely undeserved; other insects, such as fruit flies, have even better resistance against radiation than cockroaches.

Some species of cockroaches can survive for months without food and subsist on nothing but the glue on the back of a postage stamp, and even their own feces. Experiments have revealed that they can go without air for 45 minutes and recover after being submerged under water for half an hour.

Cockroaches are prolific breeders and can produce several thousand offspring in a year, once they become established in a home. They are normally introduced on clothing, shopping bags and furniture, and they can also simply wander in from the outdoors.

Cockroaches are known to spread diseases such as salmonella, food poisoning and dysentery, primarily through contact with their feces and defensive secretions. They also transport dangerous microbes, a particular problem in hospitals. Their skin, which is discarded through periodic molting, can become airborne and trigger severe asthmatic reactions in prone individuals. Incredibly, cockroaches have even been found to be second only to house dust as the worst allergen affecting people, according to the University of Kentucky’s College of Agriculture. Besides these physical ailments, cockroaches emit an unpleasant odor during swarming and mating, and they can keep a building's occupants awake at night with their incessant hissing and, in the case of some cockroach species, chirping.

InterNACHI inspectors should not be surprised to find evidence of cockroaches in messy buildings, as the insects thrive in dirty environments.

No buildings are completely immune to cockroach infestation, however, as they will be attracted to even the smallest amounts of food deposits. They prefer to feed on decaying grease, sugar and other organic matter, as well as inanimate, starchy food sources such as glue, wallpaper and even book bindings. Pepper-like specs in kitchen cupboards are an indication of cockroach infestation, as is the observation of adult cockroaches or their egg sacs in hard-to-reach locations, such as cracks and crevices in kitchen cabinets, drains, and behind dishwashers and refrigerators. The entire kitchen area should be inspected, especially under sinks, in cabinet hinge areas, drawers, refrigeration gaskets, dishwashers, stoves and other cooking appliances. Also check crawlspaces, bathrooms and other dark, moist areas where food sources may be present.

Tips that inspectors can pass on to homeowners:

Place boric acid in areas of cockroach activity. Boric acid can maintain an infestation once under control, but pyrethrin should be used first and the whole structure bug-bombed.

Pyrethrin should be used first, and after the population is under control place boric acid wherever needed.

Place bait stations containing hydramethylnon or fipronil in areas of termite activity. At night, homeowners can sneak into the kitchen and turn on the lights. If cockroaches scurry for cover, observe where they run and position traps accordingly.

Keep all food in sealed containers, use trash cans that have tight-fitting lids, and do not leave pet food out overnight.

Clean the kitchen regularly, and wipe moisture from the kitchen sink before going to bed at night.

Repair dripping taps and leaky pipes, broken roof tiles, and any other condition that might allow moisture to enter areas where cockroaches can establish harborage.

Seal off all entry points into the house, such as cracks around baseboards, pipes, windows, cabinets, doors and crevices in bathrooms with copper mesh or steel wool and caulk or putty. Keep lights on at night. Although it will consume additional electricity, cockroaches will avoid lit areas. For the same reason, restaurant owners sometimes leave lights on around dumpsters.

In summary, cockroaches are hardy, disease-carrying household pests that can be controlled by maintaining a clean home and eliminating sources of moisture intrusion. As we all don't want to admit that they are there......They Are! Hopefully these helpful tips will keep them outside only.

Good Evening Brian and Heather, an excellent post for the home owner who has the problem.  A great post to retain 'just in case'!

Yuck is right!  I appreciate these tips on controlling these gross little monsters!  Eeeuuuwwwww!

Did not know about the leaving on the lights thing, interesting, thanks for the information

Brian and Heather: Yick, this brings back memories from when I lived in Hawaii. They were BIG there and could fly. Almost impossible to get rid of totally. I remember living in a luxury highrise building and about once a year they would start spraying or whatever from the top floor (30th) and down. Well, I was on the 21st floor. It was like a cattle drive down the drains as they got closer to my floor. Yick, yick and double yick...

Oh, and Russel sent me. Not sure if I really wanted to, but...yick.

I came here via Russel Ray and I was born and raised in the Bronx NY.  When my kids were little I told them roaches (we gave them a nickname) were called butterflies.  So much better when company was at the apartment to hear them scream "a butterfly is in the kitchen"  lovely.

Yuck is right.  Today I was showing a home and the potential buyer said look a cockroach.  Thsy are not making an offer on the home.

Brian and Heather - Yucky subject but great information.  My son lived in Tucson for about 3 years and they had some really big ones there!  Glad I saw this on Dan Phillips reblog!

Brian and Heather, Cockroaches are nasty bugs and difficult to get rid of. Great close up photo, but makes my skin crawl!

I agree that cockraoches are nasty.  Unfortunately they are everywhere we just don't always see them and hopefully they remain outside of our homes.  It would be horrible to be showing a home and the potential buyer sees a cockroach running around!  That makes it a tough house to sell!!  Thanks for visiting and your comments.  There is a part Two to the Pest/Rodent series coming soon!

These bugs are not that common here outside of commercial establishments. That's not to say they don't occur. Your list of treatment and abatement measures is appreciated.

I remeber some old apartment buildings in New york and infestation was just icredible. 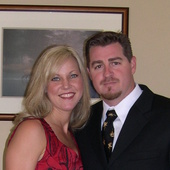