Football season is here, I enjoy watching college football my two Alma Maters FIU Golden Panthers and UF Gators. My older son started playing football in 2009 at Perry Hall, I was really happy to find out that the was playing for the Gators. The fist year for 5-6 Blue team, was rough, we don't keep score, (yeah right) but usually every team score more times than we did in most of the games.

Last year we had a new coaching staff and  I volumteer to be assistan coach, and we had a great time the little 5-6 Gold Team went undefeated. Most of the other teams from Perry Hall did great, some won their championship in their age group or made it to the finals.

This year we had our first screamage last weekend and they boys are faster and stronger, they haven't miss a beat. Again we didn't keep score but some parent told me that our guys got into the end zone 8 times and our opponents only once. I also found out that we were not invited to a preseason tournament because we were too good for the other teams and the hosting team wanted to do better.

I don't know if our boys will go undefeated or if we will loose every game, but I know we will have a great time and they will play hard, they will leave everything on the field, and all of us will be proud of them. 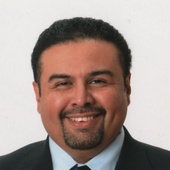