One of the interesting aspects of the U.S. credit rating downgrade from AAA rating from to AA+ is that S&P has been signaling they would make this move for several weeks prior to the announcement on August 5th. It was not a big surprise to investors.

In my view, as far as U.S. equity markets are concerned,  the U.S. credit rating downgrade was merely a catalyst for the stock market to accelerate it's correction. Markets do not have to behave rationally. 80% of the summer slide had already been accomplished before the announcement. A new low was made the Tuesday following the  downgrade and that low was re-tested Wednesday.

" We have also removed both the short- and long-term ratings from CreditWatch negative. · The downgrade reflects our opinion that the fiscal consolidation plan that Congress and the administration recently agreed to falls short of what, in our view, would be necessary to stabilize the government's medium-term debt dynamics.  More broadly, the downgrade reflects our view that the effectiveness, stability, and predictability of American policymaking and political institutions have weakened at a time of ongoing fiscal and economic challenges to a degree more than we envisioned when we assigned a negative outlook to the rating on April 18, 2011. Since then, we have changed our view of the difficulties in bridging the gulf between the political parties over fiscal policy, which makes us pessimistic about the capacity of Congress and the Administration to be able to leverage their agreement this week into a broader fiscal consolidation plan that stabilizes the government's debt dynamics any time soon.  The outlook on the long-term rating is negative. We could lower the long-term rating to 'AA' within the next two years if we see that less reduction in spending than agreed to, higher interest rates, or new fiscal pressures during the period result in a higher general government debt trajectory than we currently assume in our base case."

Great outlook on the situation. If only everybody could have this veiw it would maybe the market could stabalize. We can only sit back and watch. Great post! 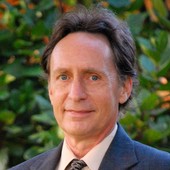