Columbia, MO isn’t only a college town famous for its Shakespeare’s Pizza  and historic columns, it has also kept creaming the crop of small places for business and careers, for 5 years in a row now.

Columbia, yet again, made the list of ‘Forbes’ Best Small Places for Business and Careers’, and this time, it placed the 8th on the list. To compile the list, 12 measurements were looked at. Indices included job growth (past and projected), costs (business and living), income growth, educational attainment and projected economic growth. Along with those, other data such as crime rates, cultural and recreational opportunities and net migration patterns of a city were also taken into consideration.

According to the statistics gathered, Columbia, MO, has a median income of $47,090, with unemployment rate of 5.6 percent. Moreover, job growth last year was at 1.6 percent with a 1.1 percent annual job growth projection. Significantly, the city’s cost of living is 9.2 percent below the national average and the average home price is $146,000.

In terms of employment, Columbia, MO’s major employers are those of the city’s 3 major industries: education, health care, and insurance companies. Taking that into account, the city could predict a net migration of 1,450 moving into the city boundaries.

Besides these data, Columbia, MO, also known as the “Athens of Missouri”, reveals a significant degree of education’s accessibility to the majority of its population in the community. High school attainment rates were said to be at 91.3% while college attainment rates are 43.5%. Also, 18.7% of the college students graduate. Columbia, MO is also believed to have a competitively skilled and talented workforce. According to IBM during last year’s opening of a technology delivery center in the area, that is exactly why they chose to hire 800 people from this city.

Part of the list’s considerations for putting Columbia in the 8th place were the several cultural events hosted by the city each year namely the Roots N Blues N BBQ festival and the Ragtag Cinema’s popular True/False Film Festival. The city also has a few performing arts venues like Missouri Theatre Center for the Arts, the Jesse Auditorium and the University of Missouri’s Museum of Art and Archeology.

Columbia is indeed a pride of the state of Missouri.

Hello Patty.  Thank you for the GREAT information!!  Hope you are enjoying the cooler weather. 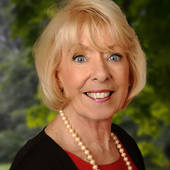