School ratings for Allen Tx 2011 have just been released and once again the Allen Independent School District has faired very well. And it's just in time for all the back to school excitement.

The ratings are based on high school completion rates, dropout rates and passing rates on the state test, the Texas Assessment of Knowledge and Skills (TAKS). Increasing standards and the elimination of the Texas Projection Measure (TPM) resulted in fewer schools and districts earning an Exemplary accountability rating in 2011.

This is the last year of the TAKS-based accountability system, and there are a number of changes that have increased its impacted ratings in preparation for the new rating system that will begin in 2013, according to the Texas Education Agency. 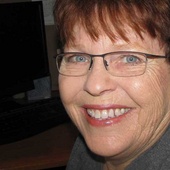 Lifestyle, news, notes and market updates that effect real estate in and around Collin County, Texas.