“Counter-Attack:  Business Strategies for Explosive Growth in the New Economy”

Debuts at #2 in the site’s Direct Marketing Category

Rehoboth Beach, DE.  Dustin and Mariya Oldfather, one of the top sales teams at Ocean Atlantic Sotheby’s International Realty, recently joined a select group of America’s leading entrepreneurs and businesspeople to collaborate and co-write the business and marketing book titled, “Counter-Attack: Business Strategies for Explosive Growth in the New Economy.” Celebrity Press™, founded by JW Dicks, Esq. and Nick Nanton, Esq, is a business book publisher that publishes books from thought leaders around the world.

The book, released on Thursday, January 27, 2011, features lessons that business owners can use to fight against declining revenues and learn the secrets of success in the new economy.  On the day of release, Counter Attack reached best-seller status in two Amazon.com categories: Marketing and Direct Marketing. Dustin and Mariya Oldfather authored a chapter in the book titled, “Legacy.”  The book, which peaked at #2 in those categories and remains on the best sellers list at #39, is available for purchase through Amazon.com.

“The book provides strategies on working within the parameters of the new economy: how to become profitable and stay profitable in an increasingly competitive environment,” said Dustin Oldfather.  “We thoroughly enjoyed working with the other book’s contributors and are delighted with its initial success.” The Oldfathers have been part of the Ocean Atlantic Sotheby’s International Realty since 2008 and have consistently been one of the brokerage’s top-performing teams. 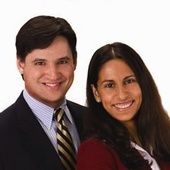 My name is Dustin Oldfather. I am a real estate consultant specializing in marketing & sales with a focus on Extraordinary Coastal Living here at the Delaware Beaches. The focus of this blog is to highlight some of the amazing opportunities here in Delaware and to help educate home sellers and buyers. We hope our shared experiences help clients to better understand the real estate markets here at the Delaware Beaches and how they can take best advantage of them in both selling their homes to make the most money possible and buying homes at the best possible value. We enjoy working with residential and luxury homes and we have extensive experience working with distressed properties and short sales. Our primary real estate markets are Rehoboth Beach, North Rehoboth, South Rehoboth, Lewes, Bethany Beach, North Bethany, South Bethany, Dewey Beach and Fenwick Island properties throughout Coastal Delaware.