MYRTLE BEACH, SC (WMBF - Radha Herring & Brandon Herring) South Carolina Governor Nikki Haley says a new bill will help revive the state's real estate market. Monday morning in Charleston she held a ceremonial signing of the bill that changes how much some people have to pay for property tax.

Haley actually approved the law in June, but Monday's signing gave realtors a chance to celebrate.

Specifically, the new bill changes South Carolina's Point of Sale law, which set property tax at the point when a property was sold. Some people, particularly realtors, have said it made taxes unfair, they hope the change will boost real estate across South Carolina.

She said she believes changing the Point of Sale law can do that. The law began in 2006, and it set property tax based on the purchase price rather than the value of the property.

"So we had many situations where you would have two identical houses side by side in a neighborhood where one property owner was paying a drastically higher tax bill than his neighbor," explained Radha Herring with Watermark Real Estate Group.

Again, that is because the new home buyer was paying tax based on how much he paid for the home, while his neighbor was still paying based on the assessed value from years earlier.

"We actually have had clients during the boom elect not to purchase property in South Carolina because the tax bill would be significantly higher than neighboring states," Herring said.

So the change aims to make a real estate purchase less financially intimidating because of the high tax based on the purchase price. The new law now gives a 25 percent discount to anyone who buys property taxed at six percent. That does not include the primary home of an owner, but it does include commercial, rental or second-home property. That is a huge percentage of real estate in the Grand Strand Herring said.

"It's a win for the real estate community, but more importantly it's a win for property owners in South Carolina because they can purchase property here on the Grand Strand or anywhere in the state and know that the tax that they're going to be paying is fair, or at least more fair than it had been with point of sale."

The new law is retroactive, so it applies to commercial, rental or second-home purchases since the beginning of the year.

Interesting info that I enjoyed reading! Thank you for sharing it with us! 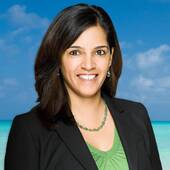