I recently had the opportunity to go to the Mike Ferry Superstar retreat in Vegas, it was great, had a good time and Mike was better than ever.

I signed up to a service by Landvoice, who promissed to deliver "expired and FSBO" leads like RedX, but these guys offered "mobile phone" numbers for an additional $200 a month.

I thought it was expensive, but would be worth if I could actually get a hold of the expired owner.

Then I made it very clear that in San Diego, most of the expired listings are actually short sales, which have expired because the banks take so damn long to approve them, but they actually are not expireds, the sellers are still happy with their realtors. They told me that they filtered those and I would not get them.

I called customer service, I spoke with a very rude "supervisor" her name is Amy (extension 100)  that basically told me there was nobody else to complain to, the owner is Jake Sackrell, but was unavailable, and that I was the only person that has ever complained, that San Diego's MLS did not have the capacity of distinguishing short sales and it was not their fault, if I wanted to filter them and send the expireds to their system, they would provide the numbers.

I complained that they should have disclosed that before taking my money, and how were they expecting to charge me so much and ask me to do the work......to make story short, this #$%^&*() ended up trying to educate me on how "everything was my fault and that of the San Diego MLS"....and they would not and did not reimburse my money..... BE VERY AWARE OF THIS COMPANY!!!

Groups:
Diary of a Realtor
ETHICS and the REALTOR
Everything California
Realtors®
The Lounge at Active Rain

I am requesting a refund today after all kinds of problems with LV over the last 3 months. I thought that the $600 annual deal sounded great until I realized that much of the data was not accurate and that they don't have enough server space to handle the job that their software requires. The software stalls out and the sorting tools that I am supposed to bea ble to use don't work when the server is under demand. All I know is that I politely begged them tofix their problems and finally reached my limits and when I went to ask for a refund they snet me an email denying the request. Aimee was kind and helpful, and their billing department was this Wizard of Oz kind of thing that no-one can actually talk to! They just send their decisions (after you wait for 11 days and "remind them" of the requested refund) via email. There isn't a name or a phone number to the billing department; the client isn't allowed to talk to the people who took their money.

I could go on and on. I am sorry that you also experienced the customer service of Landvoice billing department. 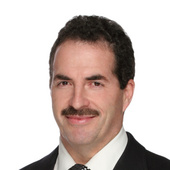