In a small town it is hard to get anything accomplished fast. That being said I would like to applaud the small town of Andrews for (in my opinion) taking a giant step towards protecting its citizens. Recently the town adopted an emergency ordinance banning the sale, possession, and use of products known as bath salts and spice. While "spice" refers to a potpourri substance being used like synthetic Marijuana the bath salts are much more dangerous. For those unfamiliar with these substances please allow me to give you a crash course. These salts are being sold at local convinced stores and head shops all over the state and can be utterly devastating to those who use them. The way they are getting by the drug laws is that on the packet it says "not for human consumption" which bypasses many of our countries drug laws. I was told by our chief of police that the best thing to compare them to is a mix of cocaine and Methamphetamine. In our county we have had over 15 people hospitalized and 1 fatality in the past MONTH. The effects of these products (sold under too many names to list) are a spike in blood pressure, sleeplessness, a spike in body temperature (to the point of kidney failure), hallucinations and extreme violent behavior. Many doctors have compared the effects to taking a large dose of PCP. These symptoms can last for days after taking the drug and some cases have had side effects lasting much longer! Now after this description can anyone give me a good reason why they are legal in South Carolina? From my understanding they are illegal in 28 states already and they have swept through the country like a plague. The scariest part to me is the fact that I am just hearing about it and that many local businesses are selling this stuff KNOWING what its being used for and what it can do. When you couple the effects with its availability and the fact that as of now the "salts" don't show up on any drug test what you end up with is the potential for a massive death toll. If you would like more info on the "bath salts" epidemic I would suggest googling the term, the NY times had a great piece describing the current situation.

I have never heard of anything like this. Are they really bath salts that we put in the bathtub to relax and enjoy the aroma or is that just a name they gave this substance?
Thanks for sharing. I will have to ask my adult daughter about this stuff?

I had never heard of that. My first thought was what strange town you must live in that they are afraid of a little epsom salt.  I guess it goes to show you that people will always try to find some loophole to get around the laws ... for a while.  Very interesting.   It must be such a big deal now that it is even on WebMD.

From my understanding some of the bath salts are sold for bathing and some have other "uses". Here is an article for more info:

I just saw a post on FB that said "let's take the safety labels off of all products.  Since there are so many stupid people out there the problem should just solve itself."  I, quite frankly, think that it's ridiculous that we need to go to this extreme.  What you're finding is that anything that grows or can be consumed can be made into some sort of drug.  Unfortunate???  Yes....and your town is dealing with it this way...but what about when it moves to soap or other over the counter meds.  It's not about that drug, it's about society.  That's what needs to be fixed.  This is just a sympton of the greater prob.

to some extent I agree with you Larry, however I do support banning this particular substance. If we had a manufacturer in China selling "pet rocks" that were actually crack cocaine should we ban them? Thats an extreme scenario but it give a definition to what I think is happening here. A substance that is produced and sold under false pretenses specifically to get around laws. If it were a less clear cut case I wouldnt support the ban. 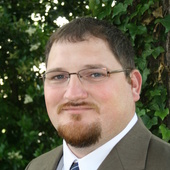