No friending students on Facebook…Controversy swirls around new Missouri Law.  Starting August 28, 2011, a new law named the Amy Hestir Student Protection Act goes into effect.  In essence, the law is designed to protect students from sexual misconduct by teachers.

Part of the legislation specifies that Missouri school districts are allowed to discuss information about their employees with other school districts.  This is an effort to keep sexually abusive teachers from moving from school district to school district undetected.  Unfortunately, it is a common practice.  Allowing districts to ask for references specifically regarding sexual misconduct should help stop this practice.

While the information sharing between districts was the main issue in the bill, an additional provision in the bill has hit national airwaves.  A provision in the bill prohibits electronic communication between teachers and students.  Specifically:  teachers “cannot have a nonwork-related website that allows exclusive access with a current or former student”  A former student is defined as someone younger than 18 or currently attending the school where the teacher is employed.    Contrary to some media reports, it does NOT prohibit teachers from being Facebook friends with their students.  Teachers ARE allowed to post information on Facebook that would be valuable for his or her students.  What it does prohibit is private communication between student and teacher with direct messaging, emails or text messaging.   What is being targeted is teacher/student communication that is hidden from any third party like a parent or an administrator.

Unfortunately, the bill does not specify the penalty for those who break the law, but calls for an investigation and mandatory reporting process for teachers who have been found to be mishaving inappropriately.  School districts are scrambling to put policies in place to comply with the new law.  Many school districts have discouraged teachers from friending their students on Facebook.   Parkway School District blocks Facebook on school computers so that it cannot be used on computer lab computers.

National media are making it sound like teachers are unable to use Facebook with their students.  Drilling down into the bill a bit uncovers the specific behaviors that are prohibited.  While social media has become part of the fabric of American life, having some limitations on private communication between teachers and student s is appropriate.  Detection and enforcement may be more difficult than legislators anticipated.  While most teachers understand the intent of the law, a group of teachers has sued the state to block implementation of the law until a few additional points can be clarified.  This is an ongoing process with school districts starting school last week and this week.  With implementation starting in just days, an injunction might prove helpful as any ambiguities are clarified.  We applaud the state legislators for their leadership in trying to forestall any inappropriate teacher-student communication that might lead to sexually inappropriate behavior by teachers.  Blocking teachers and students from using a very popular and useful communication tool, social media, may be a futile effort.  Monitoring and enforcement of the appropriateness will be key.

It seems that with every new electronic tool, legislation typically lags behind.  In this case, the Missouri legislature should be applauded for their attempt to keep students safe from sexual predators who use electronic media.  Time will tell how successful this legislation is.

As the parent of a 16 year old Junior...I can see both sides of the argument...

And I do not believe there is an easy and fair answer... Here is an example of one argument:

So the coach or band teacher or Thespian coach or Math Club teacher can't text or e-mail a student about a change in plans or practice time because the coach or teacher is sick or whatever. So my daughter drives across town and finds no one at the school because she left direct from her job or afternoon volunteering and the only announcement was on a school site she had no access to at work or volunteering.  Not good.

Example two:  Just what they are trying to prevent...lewd comments or worse...

It is a tough call to include everyone (teachers) all the time because of a few bad apples...

I think it is tough because we have become so dependent on electronic, instant communication.

Jim and Linda - you are so right about laws lagging behind crimes committed using technology. I once had a professor tell me that laws are always changing because as we move forward, there are new kinds of crimes - makes sense. Interesting debate.

Jim and Linda: I think what the legisators are trying to do is a good thing. However, I can certainly see the obstacles. FaceBook is so pervasive in our society and the kids rely on it for information. Mike makes a good point about schedule changes and last minute instructions. And the policing of something like this is almost impossible.  Maybe the better route would be to define inappropriate communication clearly, establish the penalties clearly and go from there. The social media police are not going to look at every text, tweet, etc. That is just impossible. If the crime and the penalties are spelled out, that might discourage a few, and then appropriate punishment when something comes to light. Also, kids need to be educated about inappropriate communication and be encouraged to report it. 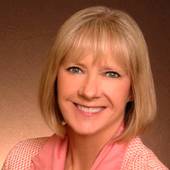