Swimming instructor Dani Hendrickson smiles as she is hugged by Charlie Leonard, left, and Isaak Schuerr after playing a game of sneak at the Livingston city pool on Friday, Aug. 19, which was the final day for swim lessons.

While some parents on the sidelines were thinking about their children’s future safety in pools and rivers, the kids were living in the water-soaked moment.

“Whoa! I floated!” a boy yelled during a recent swim lesson at the City of Livingston Pool.

“I know how to motorboat!” shouted another boy.

Young swimmers fluttered about in frothy circles or chased fellow pupils when not directly engaged by their teachers. Instructors gently tempered their enthusiasm and directed attention back to the lessons.

But as any swim teacher knows, high excitement is a given. And that means rolling with the abilities — and attention spans — of each group.

“You gotta do different things every minute, and you’re going for 35 minutes,” laughed Sam Ross, an instructor and the pool’s manager.

Throughout the summer, the city offers swim lessons in two-week sessions that run for 35 minutes, five days a week.

“It’s just fun to see how much they grow in two weeks,” Ross said.

Parents said they and their kids miss the occasional lesson but try to make it to each day.

For 9-year-old Jasper Schuerr, even injury couldn’t keep him away. Despite a broken arm, he powered his way through his lesson without missing a stroke.

As kids emerged from the pool, they ran to their parents, some of whom watched with coffee cups in hand during the earlier morning sessions while others knitted or talked with fellow adults.

“For safety and confidence, I think it’s good for both,” Dale Dominick said of enrolling daughters Nora, 3, and Perry, 7, in lessons.

Other parents agreed they appreciate having classes available in Livingston so their children learn to swim, equipping them with the skills to be safe whether in a pool or on natural bodies of water.

The children also benefit by becoming more comfortable in the water and feeling accomplishment with completing each level of class, Ross said.

“We learned how to swim and how to put our faces in the water,” Charlie Leonard, 4, said as her parents, JoAnna and John “Buzz” Leonard, waited for her.

But the best part of the lesson? Jumping into the pool, Charlie said.

“And this time, I didn’t even have any help!” she said. 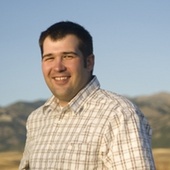 Welcome to the Big Sky state and to my blog about the luxury and ranch markets therein. I hope you find the information contained useful in your search and if the information you require is not featured here, you can contact me for it. I welcome your questions, comments and suggestions as I strive to provide my colleagues and clients with the most market appropriate content as possible. All best, Jason Frey