My wife and I have really enjoyed a new show this summer, Expedition Impossible. It started with 13 teams of 3 going on an expedition across Morocco, from the deserts to the snow covered mountains. The teams had to race through each stage of the expedition, walking, climbing, riding camels, riding semi-wild horses, kayaking, white water rafting, rappelling, crawling through caves, navigating narrow paths along cliff edges, swimming rivers, etc. And also solve puzzles that required dexterity, observation, and brain power. And it all relied heavily on teamwork. The teams are made up of everyday ordinary people (3 sisters), atheletes ( 3 former NFL players) cops, firemen, outdoorsmen, etc.

Our favorite team quickly became NO LIMITS (each team has their own name). They are three guys from Colorado. One of them is blind, another is his brother. The third is a 3 tour Afghanistan vet. These guys are inspiring, they were always in the top teams coming in, until the vet severely injured, or re-injured, his foot in an episode.

With several episodes to go, the Afghan vet severely injured his foot. But, he had a cast put on it, and iced it every night, and continued the expedition every day, in agonizing pain. They have managed to successfully stave off elimination each stage since then, but admittedly, they did have some luck that one team went the wrong way (even with GPS).

There is one team that I really hope does not win, called the FAB 3. It is a woman, her gay brother AJ, and his former partner. I'm ok with the sister, although she is a whiner, also ok with the former partner, he just goes along and get's it done. But that AJ is a snake. He continues to hope that NO LIMITS and the team that will probably win, the Gypsies somehow have misfortune "take them out" of the competition as he puts it.

The Gypsies will probably win, but they are great, and truly love the competion, the tougher the better. If NO LIMITS doesn't win, I hope it is them. They do deserve it both as competitors but especially as sportsmen. They are quality guys.

But back to the original topic, if you truly want to be inspired, watch the finale, and pay attention to those guys on NO LIMITS. It will truly inspire you and re-inforce that there are people out there who have your back.

If I were blind, how would I know how high up I am, unless someone told me?  Great Trust there!

Steven - when you think about it, his brother had to be coaching him the entire time in freefall, letting him know when he was about to hit the water so he could hold his breath, set his feet, etc.

Hi Mike - Mary and I crewed for our friends, who are the New Zealand mixed time trial champs, at the Burley 5-day tandem bike race in Oregon several years ago. One of the teams had a guy who was blind on it. It was really inspirational to watch them and see the complete trust he gave his team-mate, as well as the extreme efforts he was making. Awesome to watch and imagine what that whole experience must have been like.

Mike, I was going to watch this show, but just didn't have the time.  I thought about the blind guy.  To have faith in your fellow man to lead you on the right path is showing a lot of faith that I don[''t know I myself woudl be able to muster.

Pretty amazing if you ask me - blind faith - what a feeling...

William - his brother must really be special

Nick - I know where you are coming from

I too watched the whole series and was rooting for No Limits from day one!  Of course you know by now that the Gypsies won - but I thought No Limits wouldnt even make it to the final 2 episodes because of the war vets ankle being BROKEN.  Somehow though they made it all the way and came in a close second.  Only fitting that Fab 3 got lost outside the city after trying to follow the Gypsies to make the task easier.

I'm sorry I never heard of this show. But I can support the NO LIMITS team just from your description, Mike. That is also trust. :)

I'll try to watch it, just so I can see the inspiring brothers and the vet.

Brian/Marie - it was a good ending to the season

Yolanda - well thank you, hope you get to watch if there is a next season.

Dear Mike-
Trust is an amazing thing. With confidence, it can be a flight of fancy. Thanks for telling us the story.
Have a happy day -
Lynn

Mike - I did not know about this show. Thought of watching it next week, as the way you wrote about it, how could I miss. But looks like it is over (from comments)

Yolanda - This is about the only reality show that I watch.

Lynn - too bad you missed the show

Jon - you might be able to catch episodes on the web 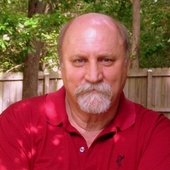