During a class by Roger Turcott at the New Hampshire Association of REALTORS he made a point I have had an issue with for a long time.  His rule is the Days on Market are from the last price reduction to contract but our MLS states the list price at time of close as the last reduced price.  This is so rarely the real case.  Reporting this way seems so unrealistic and a further challenge for appraisers.  Since I can't leave a stone like that unturned and since we had all been telling people DOM had increased significantly I ran some stats.  This is a very rural area so there aren't that many sales.  Low and behold the actual (Roger) DOM were half those stated in MLS.  So since Vermont is probably one of very few states that has not seen a decrease in pricing over the last year and the days on market have not changed significantly  .  .  . hmmmmm could it maybe be our listing prices!

We all vow to avoid overpriced listing yet somehow they creep in there.  Obviously listed by non ActiveRain people!

Show All Comments
Terry Lynch
LAR Notary and Closing Services - Saint Clair Shores, MI
Our MLS shows the total days on market, even if the listing goes expired and is relisted with a new agent.

Like
Anonymous
Terry
That is fantastic.  With our system a company can take a listing off for thirty days and when it goes back it is a new listing and starts all over.
Like
#2
Back to Top
Newer Post
chevron_right
Rainer
4,773 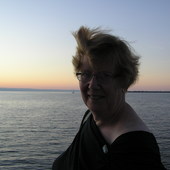