Earlier this month, we ran a little promotion for KeepSum, a new group buying site launching soon that is bringing discounted deals on products and services specific to the real estate industry. Part of the promotion was to introduce you to KeepSum, but we also hoped to get your feedback on what kinds of products you would like to see offered by KeepSum. You didn't disappoint there giving Jaime and his team at KeepSum enough ideas to keep them busy for years to come!

Jaime was nice enough to offer up Sum Dollars for a few lucky winners. These winners will be able to use the KeepSum credits to take advantage of any of the upcoming offers from KeepSum.com

We had three ways that you could win.

The first way to win was that we gave away $20 Sum Dollars for every 20th person that signed up to be kept abreast of KeepSum deals. The more people signed up, the more folks were going to get a chance to take home $20 Sum Dollars. Each of these Rainers will be getting a $20 credit to spend on a KeepSum deal(s) that strikes their fancy:

The second way to win involved us randomly drawing names from all the folks that left a suggestion of products and services that KeepSum should offer. We drew a first place winner and three second place runner up winners.

First Place and winner of a $50 credit to purchase a KeepSum Deal(s): DeAndrea "Dee Dee" Jones

Runner Up Winners of $20 credit to purchase a KeepSum Deal:

And the Third Way to win was to have the best Tweet directed @KeepSum and that lucky winner was Gene Mundt wondering if KeepSum 'could change their name to KeepMOREThanSum'. Well played Gene, well played. Gene won $20 Sum Dollars for his little bit of humor on Twitter.

Jaime and the crew at KeepSum were planning on launching their first deal today, but as anyone that has ever been involved in a startup knows, the best laid plans of mice and men often go awry. With a slight tip of the hat to Hurricane Irene, KeepSum will be launching on Tuesday September 6th instead.

Jaime will be personally contacting the winners with instructions on how to claim their Sum Dollars.

Thank you everyone for participating and we know that you'll see some great KeepSum deals in your inbox very soon! And if you missed a chance to Join the Savings during the contest, you can still get on board to have deals sent directly to your inbox below:

Fun contest, and Keep Sum seems to do a great job at communicating. Bodes well for their future

With some great deals we will keep on winning indefinitely--definitely not a one-shot opportunity.

Like
Mark Woodward
Floor Coverings International - Randolph, NJ
We bring the flooring store to your door

Congrats to all the winners.  Sounds like it was a fun contest with a lot o participation.

Yes, four ways to win, everyone gets 500 points.  So we'll be awaiting points.  But most important, when will we know about the implementation of some of the find suggestions?

Missed this but so glad Gene has shown his humor on his Twitter.  Way to go Gene!

KeepSum - keep a lot!  Congrats to all the winners - of course, that's all of us!

Congratulations to all the winners and if we get some good deals we will all be winners.

Just signed up and am looking forward to all those real estate deals and discounts.

Congratulations to all of the AR winners of this little contest.

Congrats to all the contest winners!  I am looking forward to seeing what KeepSum has to offer.

That is great...congrats to all those who won!!!

It was nice to see some new faces among the winners.  Also good to know that some of those I know as "regulars" were also winners of the "keepsum" prizes.

I'd like to thank the Academy, Martin Scorcese, Julia Roberts, A truly talented & supportive cast, I'm so nervous, I hope I don't forget anyone...

It will be interesting to get offers and discounts for Real Estate items that we can really use.  I'm looking forward to the launch of the product lines.

Congratulations to all the winners.

Look forward to hearing from KeepSum to see what they have to offer.

Congrats to all the contest winners!  A job well done!

Thought I had a shot!  Let's just try for the next contest.

hello all... this is Jaime from KeepSum,

thanks again for all the support and again apologies for the delay on the launch.  We just didn't feel like all of our ducks were line up right.  But we'll be ready for next week--right after the holiday weekend.

A couple points I wanted to highlight:

-If we can help you cut your business expenses then yes, everyone wins.

-I wish we could say you're going to absolutely love every offer, but we understand - we just can't make everyone happy.  We're will try with the next deal.  You win some and you KeepSum (couldn't resist)

-Like Bob said, we have enough suggestions to last us a whole year.  But I encourage you to continue to provide us with feedback through email (hello@keepsum.com or me directly jaime@keepsum.com, @Twitter/keepSum, Facebook, or even morse code) so we can get better.  Rome was not built in one day.  And KeepSum certainly won't be built on one deal.

-Truth be told, some of the suggestions offered were not even in our radar, but they are now! We love a challenge.  We offer no guarantees with some of your suggestions, but we know there's power in numbers.

-Our deals will run for at least a week unless the vendor limits the number sold and we sell out.  The reason being, we don't want you making impulse purchases.  It's like those young buyers you bring to a listing, they love the place, but then they have to come back for a second showing, and then they have to bring their parents by to make sure they like it too.  So we encourage you to view the offer, do your own research, come back for a second showing and if you like what you see, then make the purchase.

Again, thanks for the support. We're looking forward to your reaction.

PS: I will be contacting the winners before we launch.

/Jaime
Chris: thanks and ditto!
Eileen: we thought it was time too.
Scott: thank you. we figured it's kinda of important to stay in touch with your peoples.  btw, i went to school with a Scott Hayes
Al: we agree.
Brian: congrats
Tom: like your thinking.
Morris: we're thinking the next contest should be: how many play on words can you come up with our name "keepsum"?
Like
Peter Pfann @ eXp Realty Pfanntastic Properties in Victoria, Since 1986.
eXp Realty, Victoria BC www.pfanntastic.com - Victoria, BC
Talk To or Text Peter 250-213-9490

Yipee we won something, how cool is that..... not sure that what we suggested was that good, but it was useful in our practice, thanks AR and Keepsum.... now we can spendsum......;0) 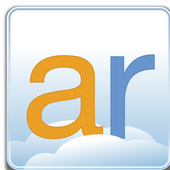