As a Realtor another question I get a lot, especially from people relocating here for work, is: "What are the most desirable neighborhoods to live in Madison?" Well Madison Magazine ran an article that does a great job at describing 8 of these great neighborhoods and why they are so sought after.  In an effort to preserve the quality of the information, here is an exert directly from the article.

Home is where the heart is, as the saying goes. And you could definitely fall for these eight beautiful, friendly, charming, historic, quirky—and, yes, great, Madison 'hoods.

Why It’s So Special: The new library at Sequoya Commons, a condo and retail complex that woke up the sleepy west-side neighborhood, is the busiest branch in the city, and residents are fully engaged in community, environmental stewardship and revitalization. With a neighborhood association that goes back almost seventy years, there’s a deep-rooted sense of appreciation and belonging that crosses generations whether it’s ecovolunteering, attending social events, enjoying the bike path, donating to the neighborhood health charity fund that raises $12,000 annually, or simply gathering with friends in the park or coffee shop. –BN

Why It’s So Special: Known affectionately as “Wil-Mar,” the Williamson-Marquette neighborhood is a “forever ’60s” kind of place. With one sandal-clad foot firmly in the past and the other in the present, Wil-Mar has established itself as more than a crunchy ’hood. Whether you’re a young, hip urbanite or an old hippie, festivals invite everyone to celebrate, and residents depend on them to support the community. While we all love Wil-Mar for its eccentricities worn as badges of honor, businesses you won’t find anywhere else— Hempen Goods, Grampa’s Gun Shop, A Woman’s Touch and Ford’s Gym—are weathering the shaky economy, proving that funky or not Wil-Mar marches to a healthy, here-to-stay beat. –SM

Why It’s So Special: Strolling through this neighborhood is literally a walk through Madison’s architectural heritage. Frank Lloyd Wright, Louis Sullivan, George Maher, Frank Riley, Alvan Small and others made their mark here, popularizing the Prairie style and also furthering the Queen Anne, Georgian revival, Tudor and International traditions. And look no further than the street signs—marking roads such as Van Hise and Bascom—for proof that the neighborhood developed in tandem with UW–Madison in the early twentieth century. –KV

Year Established: How about 1909 when Madison’s first gasoline filling station was built at Spooner and Monroe streets? The Dudgeon-Monroe Neighborhood Association was established in 1973.

Icons & Landmarks: Budd’s Auto Repair, Edgewood College (and the Pleasure Drive that runs behind it), the Southwest Bike/Pedestrian Path (or Bicycle Beltline to the locals), the “mini-arboretum,” Blessed Sacrament (“BS” to the locals), Temple Beth El and the Friends House, David Maraniss, the real Arboretum (or at least part of it), Mallatt’s and Neuhauser’s pharmacies, Michael’s Frozen Custard and the Laurel, Orange Tree Imports and Parman’s

Why It’s So Special: Are you kidding? Frozen custard, trustworthy car care, walkable, bikeable, pretty, practical and politically active with a football stadium on one end and the home of the Madison Opera on the other. You’re surrounded by Vilas, Nakoma and a cemetery with your own golf course. (Okay, you share the golf course.) You’ve got a good mix of businesses, outdoor recreation, restaurants, coffee shops, property tax bills and little red flags to help you get across Monroe Street. Life is good in Dudgeon-Monroe. –NH

Why It’s So Special: Whether it’s at the top of the Marina condos, a sidewalk table at Café Continental or even the Capitol rotunda, the First Settlement ’hood has some of the most amazing views in the city—all different, all special. Cosmopolitan in some parts and residential in others, this downtown neighborhood has one of the most urban slices of the city within its confines. Walking down King Street, it’s a bustling cityscape with high-end men’s shop Context, live band venue the Majestic Theatre, stellar sushi place Muramoto, cheeky gay sports bar Woof’s and chic cocktail haven Opus. Walk a block or two east and find peaceful, tree-lined residential streets with a lake view and a beautiful bike path thrown in. –SM

Year Established: 1850 (the year the first building was constructed in the area)

Why It’s So Special: From mansions on Lake Mendota to two- and three-story flats along the busy Johnson and Gorhman thoroughfares, you’ll find historic and contemporary housing stock of all kinds and people of all ages living in this close-knit community that organized its first annual neighborhood festival this summer. Residents are also raising $1.6 million for a beautiful new Tenney Park Shelter that hopes to open in time for the 2010 ice-skating season. –BN

Why It’s So Special: What kid wouldn’t want to grow up amid forests, houses painted a rainbow of colors, a lake, parks and a zoo? Indeed, Vilas has been a family-friendly neighborhood since developing as one of the city’s original “suburbs” as the electric streetcar line extended out from the isthmus at the turn of the century. Nestled in between the Edgewood and UW campuses, the neighborhood often finds students commuting by foot or bike through the tree-lined streets. But an even more common sight is residents walking dogs, pushing strollers or toting kids past tidy bungalows and lovingly tended gardens to Vilas Park or the adjacent zoo. –KV

Year Established: 1999 (give or take a hundred years). The Schenk-Atwood-Starkweather-Yahara Neighborhood Association was established ten years ago. Fred Schenk opened his general store at the intersection of Atwood and Winnebago about ninety years before that.

Why It’s So Special: When a young woman sustained a serious injury that restricted her mobility, her neighbors, including some she barely knew, simply stepped up and built a ramp to her home. This is a special place, aptly described in the neighborhood association brochure as a “diverse, friendly and human scale village.” Schenk-Atwood has a chic urban hipness with a friendly, inviting warmth, punctuated by gardens, little parks and one well-known river. And the mix works because the people care, plain and simple. –NH

The north side of Madison, one of the most economically and culturally diverse areas of the city, has been on a steady upswing since the early 1990s, when community organizers formed the Northside Planning Council to stamp out pockets of poverty and crime. Today safe and family-friendly streets, neighborhoods and schools dot the area, Mallards baseball is a summer tradition, and Warner Park Community and Recreation Center—a $4.5 million facility built with $800,000 in private donations—has seen ten years of success. The NPC, which also publishes a bi-monthly newspaper with a circulation of 12,000, hopes to add another city pool to the list of north-side amenities. Meanwhile, Community Groundworks and Co-Housing at Troy Gardens in the Lerdahl Park neighborhood is a hidden gem, featuring Madison’s first urban farm that sells CSA shares, plus community and kids’ gardens, a natural area resoration project, an apple orchard, youth farming with East High and the Goodman Center, UW–Madison internships and more.

In the news most recently as the neighborhood in which the truly important and almost-lost Catholic Multicultural Center is located, Bram’s Addition is poised to bloom in its proximity to Park Street, the new Villager Mall and the southern gateway to Madison. Perhaps the city’s richest in diversity, the neighborhood boasts Mt. Zion Church, the Boys and Girls Club, the South Madison Health and Family Center, great Mexican food, Penn Park and Wingra Creek. As the whole Park Street corridor grows in influence so, too, will Bram’s Addition.

An almost exclusively residential neighborhood distinguished by Falk School, Norman Clayton Park and the bike path leading to Elver Park and beyond, Greentree’s neighborhood association is active, engaged and committed. Impressive participation by neighbors in both civic issues and annual parties and events and regular newsletters and e-mail alerts suggest considerable grassroots potency. Faced with challenges in the surrounding neighborhoods of Elver Park, Meadowood and Schroeder Road, Greentree has responded with conviction and a collaborative approach that positions it well to lead in determining the future of the southwest side. And if you like the Boston Marathon … well, you’ve got to see the Greentree Gallop.

Trusting this information was helpful, if you have any questions feel free to give me a ring!

Very interesting. I lived on Mifflin street for 8 years when I went to UW Madison 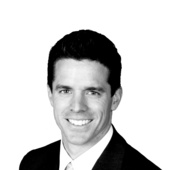