Here’s the less-than-good news:  Sellers this fall will still have to contend with the appraisal “hangover” which lingers from the downward momentum and instability in values over the past few years.

Oddly this news comes on a day when the just released Standard & Poor’s Case-Shiller home pricing index for Atlanta rebounded for the third month in a row. This chart shows the rise and fall of the index values over the past eleven years.  2011 is tracking with the moderate sustained climb of the early 2000’s - before all the speculation turned the American Dream of home ownership into a high stakes game where opportunists used properties like stacks of real estate poker chips.

Sale prices for homes in Atlanta are posting similar to what they were 11 years ago in 2000.  Yes, Y2k all over again.  This is hard for most people to wrap their mind around and it is no more evident than in the failure rate for listed homes which has averaged around 60% for the past three years. More good news came in from second quarter though...the failure rate for listed homes dropped to 47%.  The market downturn clouds are lifting!!  I can see the sun peaking through. 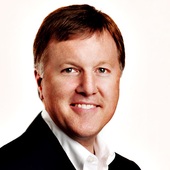