With my office being located in Ellicott City, MD I'm fortunate to do a lot of Relocation business. After all, Ellicott City is ideally located between Baltimore and Washington DC. So, when people come to Maryland from other parts of the country, it's nice to be able to share with them not only the best places to get crabs (because we're known for our crabs) but, also a little bit of history about our State.

Maryland, was so named by King Charles I when he gave a charter for the land to Lord Baltimore but, only with the understanding that the new colony would be named "Maryland," after the King's wife, Henrietta Maria (aka Queen "Mary").

The "Old Line State" was a moniker given to Maryland by Gen. George Washington who believed that Maryland had some of the toughest, most reliable, and most disciplined troops in the entire Revolutionary War. Gen. Washington was so impressed by this group of of Army soldiers that he would refer to them as "The Old Line."

The "Free State" is a nick name that Maryland received back in 1923 by Hamilton Owens, who was the Editor of the Baltimore Sun newspaper at that time. During that time period, a Georgia Congressman by the name of William D. Upshaw was furious with the State of Maryland for refusing to pass an Act that would support prohibition. Mr. Owens, in a mocking response to Congressman Upshaw, indicated that Maryland would rather secede from the Union all together than allow the Government to force them into prohibition, and thus would become a "Free State."

The State Flower is the Blackeyed Susan

The State Bird is the Oriole

The State Capital is Annapolis (but, the most populated city is Baltimore)

Wow Donna - I'm from Maryland - Ellicott City actually- and I didn't even know all that - how interesting! Where is the best place for crabs these days? Mmmm how I miss them!

Morning, Julie...You were actually the only comment I got on that post. So, for that I thank you. I don't know how long it's been since you were here but, I'm willing to bet alot has changed.

Hope things are great in Idaho! 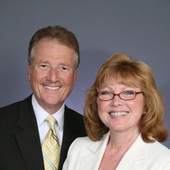 over 9 years ago
bookmark_borderbookmark
This has absolutely nothing to do with real estate...
View more Recent Posts   arrow_forwards