CONGRATULATIONS AR!  YOU'VE BEEN MENTIONED IN the FLORIDA REALTOR MAGAZINE...AS....

One of the most visited sites on the Web...as reported by Richard Westlund!  The article is called "Ka-ching Best Marketing for the Money", and it was an article in our most recent Florida new's magazine. What Richard Westlund says are the most visited sites in the real estate arena are the following:  Google, Facebook, YouTube, Yahoo, and Live, according to an online tracking site called "Alexa".

HOWEVER,  the BEST part of the article stated that the "TOP FIVE REAL ESTATE SITES ARE:  Zillow.com, Realtor.com, ACTIVERAIN.COM, Loopnet.com, and AOL Real Estate (realestate.aol.com)...

WOW, When I read this article, I was so proud to have been a member of AR pretty much from the onset that it made me teary eyed.  I have to say that many of the members I met from the very beginning of AR have become some great friends.  Even though I have never met many of them, I consider them family.

To be listed in a real estate magazine as one of the top 5 real estate sites, with less than 300,000 members is just awesome.

Congratulations to the AR staff and the members of this community as being a class act and being one of the greatest communities out there for the public to appreciate.

I was overwhelmed with emotion when I read this article.

Thank you all for building and making this one of the top 5 sites in the world!

Hi Karen,  Kudos to you for bringing this to our attention and kudos to AR for doing a stellar job promoting and managing the rain! I know I am glad to be here.  Not so much with Realtor.com

That is really grat news. Congrats to all. I am proud to be here!

Karen - No problem at all. I was just asking for some clarification. Sorry to have bothered you.

I certainly get better results from AR than anything else...

John N., No problem at all...please let us know if you find anything out!

No one really realizes how wonderful this site is for real estate agents and the Localism they provide to our customers!

Goes to show the power and quality of AR

Good to know we are working in the right place!!!

I think its great. Florida Realtor magazine is a terrific magazine. Look forward to it. Think its better then NAR magazine. Great Publicity for AR.

I second that emotion. I had a good 8 month period there where AR was having technical diffuclties when I stopped blogging. Since coming back early this year I have definitely seen a pick up of leads generated from my AR blog. Congrats to ActiveRain!

That is great news! Thanks for sharing! The entire AR website is very well done and the professionals here are top notch!

Congratulations to AR! They rock!

Wow, that is awesome news.  I enjoy AR and now there is proof that lots of others do as well.

That's neat....I think that AR is really becoming more popular out there. People are realizing the great value.

To all, I'm proud to be a long time member...Nothing better than the people you meet here on AR...the best of the best!

Active Rain is definitely having a positive effect for it;s  members, glad to see it is getting recognized.

Being a Member of ActiveRain, I too was proud to see AR mentioned ...and placed/ranked as number 3 ! ...and not to be a kill-joy, I then wondered; How a web site of only 213k Members would achieve such a ranking among these other ad-based sites ?

Maybe its not about the quantity but more about the quality. Which I guess could include things like activity, interaction, amount of hits, response times to questions and concerns and overall service. Whatever the case...it's a good thing:)

Active Rain is a great place to be.  I am glad I got going with Active Rain or not sure where I would be now.

I think it's the Localism portion that people are hitting on...and also the fact that when people submit listings...John Q Public is seeing them out there. JMHO.

Thank's to the rest of you who posted positive comments.

AND THE BEST PART IS THE FRIENDSHIPS that I have made here!!! 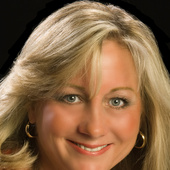 Common issues with real estate. It is, what it is! Let's address the everyday issues! From, the positive agent in South Florida!