Life companies, banks and CMBS all look for an edge with underwriting to compete with the
agencies.  Banks will increase leverage and acquisition loans should hit 80% LTVs by year’s end.�
CMBS trickles along and will also opt for higher leverage going forward.  LCs focus on low rates and shorter closing windows.

Borrowers will need to show a strong story for an upswing in operations in order to obtain higher leverage.  Look for lenders to increase LTVs in a mix of urban and suburban infill locations that have high barriers to entry.  Assets in under-built markets with very little new construction in the immediate pipeline will see the most encouraging loan terms.  While sponsorship is important in any type of deal, vast experience can make the LTV increase for a seasoned multifamily operator.

Bankers will push acquisition LTVs to 80% for quality Class A and B assets in the next couple months.  Look for the best transactions to fetch an 85% LTV stating in Q4.  U.S. Bank, Wells Fargo and BB&T should be the first banks to start raising leverage for multifamily.  Lenders will be more willing to hit the 80% to 85% mark for properties being sold for at least 20% below replacement costs.

Conduits will move forward and write loans for multifamily, even though they have pulled back as of late.  Look for conduits to increase multifamily percentages in tranches in the next six months.  The best apartment deals will likely see 80% to 85% LTVs to emerge toward the end of this year and into 2012.  Odds are JP Morgan Chase, Wells Fargo, Ladder Capital and Cantor will be among the first conduits to push higher LTVs for multifamily.

Activity from life companies increases as they step up to fund refi and acquisition loans with LTVs up to 75%.  Borrowers see lower interest rates from LCs compared to the agencies with rates in the high 4% range.  Principal, Allstate, State Farm, Genworth and John Hancock become the most competitive on the life company side.  Gateway and primary markets, including Washington, D.C., New York City, Houston, Los Angeles and San Francisco are preferred.  LC deals often close within a day, while the agencies take two to four weeks. 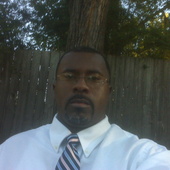