It's the first game day of the 2011 Football season in Aggieland! Tonight the Texas Aggies are going to battle SMU.

Tickets for tonight's game have been sold out for a while, so unfortunately I don't get to go to the game. So, I decided to share last year's opening game experience with you instead.

The day started with a good old fashioned tailgate at Texas A&M. Since it was also an evenin

g game last year, we spent quite a while out at the tailgate site. Holt brought some of his homebrew, Curt was our master chef, and lots of relaxing and games of washers ensued. This photo is of me and two of my best friends, Sheree and Erin. The three of us were roommates years ago, and are still best friends even though we all live hours apart from each other today.

After the tailgate, we walked over to Kyle Field and joined the sea of maroon on the trek up to our seats.

Aggie Band. When I was a trumpet player in high school, I wanted nothing more than to march with the Texas Aggie Band - until I realized that the Aggie Band was an extension of the Corps of Cadets. That wasn't really in my plans. I've known some amazing musicians and friends who were in the Aggie Band though. They put on a great halftime show. If you haven't gotten to see them march in person, I highly recommend making the trip to a Texas Aggie Football game.

This is a photo of Holt and I after a long day of tailgating, football, and friends. As I mentioned earlier, I don't get to go to the game today, but Holt was invited by a family friend who had one ticket left. While I am jealous that he gets to go and I don't, I am proud that I've converted him into an Aggie. When I met him 3 years ago, he didn't even own a maroon shirt, much less an Aggie shirt! 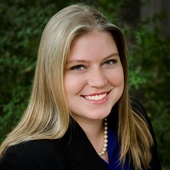 Contact Me
Interested in selling your home? Contact me to get a FREE, no obligation, professional estimate of your home's value.
Andrea Peters
Call: (979) 255-1109
Homes for Sale in College Station