The Wall Street Journal had the journalistic intgerity to write two articles in regards to the Real Estate market in resort areas, like Eagle River, Wisconsin, this year.

Rather than write captivating news stories designed to invoke fear in the hearts of man, and thus gain readership, they actually did an investigation and found that vacation areas are up 40% overall nationwide.  Here in Vilas County, Wisconsin, we're up 111%.

In Eagle River and Three Lakes, Wisconsin we are fortunate enough to surround a small part of the largest inland chain of lakes in the world.  These 28 lakes, connected through rivers and channels deep in the northwoods, are some of the most pristine in the nation that would make any explorer or fisherman content for weeks.

Early this year you could purchase a single family home on the chain for a tremendous discount.  That is not the case anymore.  As of this morning there are only 41 single family lake front homes on the market on the Eagle River chain.  Of those only 17 are in the price range (under $400K) of most buyers and I, personally, am putting deals together on two of them.

In the Greater Northwoods MLS we have over 500 Realtors licensed to do business.  If I am one of over 500 and I, myself, am working on 2 of the remaining 17 homes on the chain in a price range we actually have buyers - what does this say for the market?

Well, I wouldn't rely on the verbose, fast selling and quick talking Realtor.  Afterall we've been burdened with blame for the entire collapse of the Real Estate market for pushing buyers into homes they couldn't afford.  That's a conversation for another day and that would require a small amount of people accepting responsibilities for their own actions...    Let's not go there right now.

Let the market conditions decide.  Average sales price to assessed value has risen - that's no misprint - RISEN.  It's done so at a captivating clip:  7.19% from January to June.  We're still gathering data to see how the rest of the summer went.  I'm confident it will be even higher as I've seen a number of properties with multiple offers - something we haven't seen since the hay-days of 2005.

Keep in mind the buying season in our part of the world doesn't really "kick-in" until August 1st and goes til November 1st.  People come in the summer and begin their dreams and don't normally act on them until Fall.  Thus I feel my suspicions will be greatly confirmed.

So for all those nay-sayers who are out there spouting how terrible the market is in big cities of the world.  Well if it's true, then spout it.  But I wish the rest of the media would stop using a broad brush stroke to paint the world in turmoil.  Certain parts, Vilas County in particular, are not.

Real Estate is a great hedge against inflation, if you do your homework and shop wisely you will do well to invest in real estate. 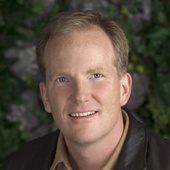