When I was heading out this past Saturday to show homes, I was completely prepared.  Or so I thought.

I had input the very first home into my phone's navigation system as it was newer construction and my Magellan GPS had not been updated yet to include this home.  I'm sure I'm not the only one that hasn't kept their GPS system up to date.

So I had a backup plan and that was to use the GPS system on my cell phone.  Having prepared for this well enough in advance by inputting the needed info, I was perturbed when I got into my car and accessed my cell phone's GPS only to have it give me an "Upgrade" type of a message with no way of me getting out of the page.  Annoyed?  Yes, you might say that.

Now, I had to rely on my paper map (they still do come in handy, especially during these times) and I began to start my day once again.  But before I started my car, it occurred to me that I had seen another navigation app available and decided to try and find it to see if I might have some luck with using it.

So I began to look for this particula app in the hopes that I could at least use it this one time to get me to my first home's destination.  So, before I left for the day's worth of showings, I input the needed address into this new application and, lo and behold, the address came up with the directions needed.  I was ecstatic!

What was the app that saved my day from becoming a catastrophe?????  It was GOOGLE GPS NAVIGATION.  On my Sprint phone, it was shown as a blue triangle with the word, "Navigation", under the icon. Once again, Google has come through for me.  This GPS program is in beta format but it did not fail me.  The only thing I could see that needs to be worked on is the quality of the voice used.  It was rather sharp and tinny but, short of that, this app worked great for what I needed it for.

I have to recommend GOOGLE, in general, again for all the tools provided to help us along our way in our businesses.  I strongly recommend you give this navigation tool a shot and see for yourself whether you would be willing to use it again and again.  In my opinion, GOOGLE GPS NAVIGATION has just taken first place in my books to be the navigation access of choice for me.  I admit it was only the first time I used it but I am quite taken by how it came through for me in my time of need.

In addition to my exposure to this app, the clients I was meeting for the day called to say that the first address was not coming up on their GPS as well.  As soon as I had the GOOGLE GPS NAVIGATION app up and running for me, I called them and suggested they use it as well.  They did and were as impressed as I was.

I'd love to hear your feedback on this wonderful GOOGLE TOOL and how it behaved for you or if you've had a chance to even try it.  I strongly suggest you do.  I don't believe you will be disappointed.

Google Maps navigation is amazing! It's saved me a few times when my Garmin failed me!

Karen, I still do use a paper map as well which is not a problem in a smaller city of less than 100,000.  The application we have on our iPhone works quite well, but I will sure check out this APP from Google!  Thanks, Karen!

Jen, it is a good thing to know we always have a backup when our GPS systems fail us.  I was so impressed, I may begin to use my cell phone's Google GPS instead of my Magellan.  It's crazy that you can get a FREE Google app that does the same thing that costs me at least over $100/year to update.

Bruce, isn't it funny that you can't teach an old dog new tricks?????  When it comes to paper maps, it's just something I always have on hand, just in case.  In this case, it was a Godsend! 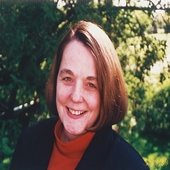 Contact Me
Looking to sell, buy or rent a home? Talk to me and, together, we'll "GET 'R DONE". Leave me your info and I'll get right back with you.
Karen Pietsch
Call: 847.989.4885
My Crystal Lake Real Estate Listings on Zillow
Rentals
Crystal Lake Apartments for Rent
Get this widget