The Grumbles Team has been actively tracking the homes sales in Middle Tennessee since 2006 and the chart above shows the monthly closings in the residential, condominium, multi-family, auction, and land categories. This data is believed be accurate and is our proprietary reporting of the data from the Middle Tennessee MLS as reported by real estate agents in the area. August 2011 had 2851 real estate closings which was up 27% from August 2010, which had 2245 closings. The summer months of June, July, and August have all had a steady sales rate around the 2850 mark and both July and August were more than 20% greater than the closings of 2010. To learn more about the Middle Tennessee Real Estate market please follow our blog or to see specific properties visit our website, which is fully mobile optimized. 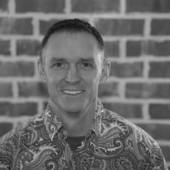