At least one fear was not realized amid last week’s stock market meltdown according to CNNMoney.com: the concern that mortgage rates would immediately shoot higher in response to Standard & Poor's downgrade of Fannie Mae and Freddie Mac, the government-sponsored entities that are the 800-pound gorillas of the mortgage market. In fact, the initial response to Fannie and Freddie getting cut to AA+ from AAA was precisely the opposite. Mortgage rates were poised to continue declining.

Mortgage rates are set off of the interest rates on U.S. Treasury notes and bonds. Even though Standard & Poor's pulled its AAA rating of the United States, investors still rushed into U.S. Treasury securities as a safe haven, believing more in the "full faith and credit of the United States" than in the opinion of Standard & Poor's credit analysts. As investors snapped up Treasury notes and bonds they pushed down interest rates on those securities, which move inversely to prices.

Analysts warn the drop in interest rates may not last. If investment flows were to move back into stocks and out of bonds, interest rates on Treasury securities, and consequently mortgages, would rise. "Over the long-term, if the U.S. has to pay more in interest rates, consumer rates will likely go up," said Greg McBride, senior financial analyst for Bankrate.com.

For now, lower mortgage rates may offer only limited benefits to American consumers. Banks' lending standards have been tough recently, and consumers need the wherewithal to qualify for loans. That appears increasingly difficult as the economy continues to sputter.

Now take a look at how the Greenville NC real estate market performed in July.

Learn more about the Greenville NC real estate market by visiting our websites, LizFreeman.com and LizFreemanHomes.com.

Information is provided by the Greenville Multiple Listing Service and is deemed accurate but not guaranteed.

Search all Greenville NC real estate and homes for sale.

Whether you are considering buying a home, selling a home or both, Liz Freeman knows the Greenville, North Carolina area inside and out.  Most of her team members were born and raised in Pitt County, NC which has provided them with strong ties to the area, allowing them to become a successful Greenville NC real estate team. 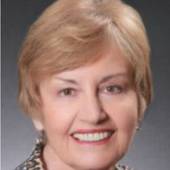 All about real estate in the Greenville area