What Does the Federal Government's Fiscal Year Have to Do with the Northern Virginia Real Estate Market? In case you didn't realize, the Federal Government's fiscal year ends September 30th.  That means a new fiscal year starts October 1st.  Despite the constant talk about budget reductions on Capitol Hill, year after year federal employees have their pay increases on October 1st.  New positions are created and filled, bringing new employees to the area.

You already know that spring is traditionally considered THE TIME to sell your Northern Virginia home, but you may want to consider the benefits of the fall market.  The Northern Virginia real estate market sees increases in prices and closings near the end of the year.  It's due in no small part to the Federal Government's fiscal year effects on our market.  Consider these aspects of the fall market as well:

1.  There is fewer competition.  So it's less likely you'll have to lower your price to get a Buyer's attention.

2.  Only serious Buyers are out near the end of the year.  People that NEED to move.

In Northern Virginia, there is no bad time of year to sell your home.  That's the benefit of living in the shadow of the federal government.  If you've been thinking of selling, give the fall market a try.  You will be pleasantly surprised.

This is something I have never thought about but then I don't sell in Virginia. It makes sense, though, Chris Ann. We have a similar fall market in Sacramento -- it's the second best time to sell if you can't do it in spring. But our market pretty much falls off around Thanksgiving and doesn't pick back up until mid January.

Elizabeth:  Our proximity to the Federal government is what keeps our real estate market strong.  I can't tell you how many federal employees get that pay raise and want to look for a bigger house, or a first home.  Or how many people get transferred here near the end of the year.  It's amazing.

Hi Chris Ann --- talk about knowing your local market --- this is a great post letting buyers/sellers informing  Northern Viriginia homeowners to think outside the traditional box of the optimal time to sell a home.   Nicely done.

Hi Chris.  I didn't realize it was the government's year end.  Silly me.  It is amazing how the inventory of homes drops in the fall and winter.  Seems like the perfect time to list to me and avoid some of the competition.

Michael:  Thinking outside of the spring market can really make a difference in getting your desired price.

Belinda:  Avoiding competition is the key to getting a higher price.  More competition always means a fight for the price.

Jim:  It's totally strange, isn't it?  And I bet it would take a ton of money to have a budget year that went from October to January (15 months) to correct it. 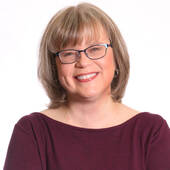