Home > Blogs > Ben Beesley > What is the future of the Monterey Peninsula Real Estate Market?
bookmark_borderbookmark

The value of taxable property in California has increased after two straight years of drops, the state Board of Equalization said this week.

The gain -- which accounts for properties taxed by both the state and counties -- was 0.3 percent, rising to $4.382 trillion for 2011-2012 from the previous year, according to a release from the agency on Tuesday.

A by-the-numbers breakdown, using information from the report:

-- Twenty counties saw year-over-year bumps in property values, "although most of the increases were modest."

-- The Central Valley had an "especially concentrated" amount of assessed value declines.

-- Seven of 12 counties with tax rolls valued at more than $100 billion saw increases in taxable value, including San Diego. 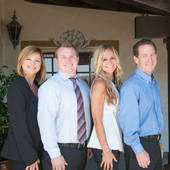 What is the impact of the Salinas market, condo conversions and future developments on the Monterey Peninsula Real Estate Market?