I Disagree With Our National Media!

I disagree with our national media! You should too! Here is why; I wish I had a dime for every time I have heard our national media, including several times this week, say that "no one is buying homes in this country"!

Our national media is simply wrong!

"Existing home sales, which are completed transactions that include single family, townhomes, condominiums and co-ops, rose 12.3 percent to a seasonally adjusted annual rate of 5.28 million homes in December from an upwardly revised 4.70 million in November, but remain 2.9 percent below the 5.44 million pace in December 2009."

"Total existing home sales, which are completed transactions that include single family, townhomes, condominiums and co-ops, fell 3.5 percent to a seasonally adjusted annual rate of 4.67 million in July from 4.84 million in June, but are 21.0 percent above the 3.86 million unit pace in July 2010, which was a cyclical low immediately following the expiration of the homebuyer tax credit."

The San Diego Economy is clicking right along according to The Index Of Leading Economic Indicators, San Diego County: Congratulations San Diego! We are on the rebound!

Please feel free to share this with your friends, family, co-workers and everyone you know.... you get the idea!

Thank you for listening and I will see you on the radio! Tags:
i disagree with our national media 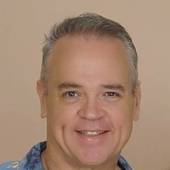