Oddly enough, we did not turn on the TV that morning while getting ready for work.  It's usually on every morning but for some reason it wasn't.  Maybe because I would have been glued to the tube had it been on.

Anyway, a few blocks from home I turn left on Auburn Folsom Rd., sometimes with no waiting, sometimes after a few cars pass.  That morning was different...the cars were  bumper to bumper and just sitting there.  After a few minutes a nice man motioned for me to go ahead of him and then we looked like a long caterpiller just creeping along.  I figured there had been a terrible automobile accident and it was going to make me late getting to school.

You see, I was a special education teacher in El Dorado County so I drove over the "dam road" every day.  It was a great short cut and saved us from going through Folsom.  I like to drive in peace and quiet so of course I didn't have the radio on.  After a few minutes of creeping my cell phone rang.  It was my husband reporting that our daughter had called and told him to turn on the TV.  To my amazement the problem was not a car accident at all but what is now known as 9/11.

I arrived at school about an hour and a half later since the "dam road" had been ordered closed as a precaution.  It seemed like everyone was trying to find a better, faster way to get around but it wasn't happenin'  Luckily I had an aide who came from a different direction and made it to school on time and she had the class well under control.

I can remember on that day just wanting to be with my family.  It really put things in perspective.

WHERE WERE YOU WHEN YOU HEARD ABOUT 9/11?

At work....sitting there stunned!  I said that it was a terrorist attack, but my co-workers said it was an accident.  Unfortunately, i was right.  I remember very little of the rest of the day because I was in a state of shock!

At the time, I was still practicing law and working in Downtown Los Angeles in a high rise.  That morning I was just out of the shower and was in my robe while I combed out my hair, and I sat down in front of the tv to watch a few minutes of the Today Show.  Suddenly they cut to a scene of a fire in one of the WTC towers, then they heard that a small plane might have accidentally crashed into the building.

Little by little the news drifted in and I sat transfixed while the second plane hit.  At that point it was obvious that this was no accident and I was sick.  I couldn't pull myself away form the tv and especially couldn't make myself go to work in a high rise, so I called and left a message that I wouldn't be in.

When I did go back to work it was pretty nerve-wracking, because of all the uniformed servicemen carrying assault weapons guarding our building and walking the downtown streets. My desk faced the window, and whenever a helicopter or even a large bird flew past my window I flinched.  Really took awhile to be able to concentrate.

Larry--I think everyone was in shock and had a sense of nervousness.  Let's hope it doesn't happen again!

Susan--I can imagine how you would feel trapped in a high rise after that.  Glad  you moved up to the low rise district.

Nancy, I was asleep in bed and Bob woke me up to tell me what happened. I was half asleep when we sat there watching the news and it seemed like a dream...no, a nightmare. I called my mom in Hawaii to tell her and woke her up too (since they're two hours behind us). 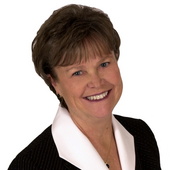