An impressive attempt at identifying the reasons big media are focused on the negative market and constant exposure on television.

This is an excerpt of an article that I read written by By Dillon Devereaux on Oct 2, 2007 in Triangle News,

Traditionally, the real estate industry is a very local form of commerce.  Whether you are a mortgage broker, a real estate broker, a plumber, a real estate attorney or a local brokerage the most effective advertising medium has not been the television. Usually newspapers, radio, yellow pages and now search engines and blogs are far more cost effective and "targetable" than television ads.  Conversely because of the hyper-transitive nature of real estate, potential buyers can come from out of town, out of state or out of country, thus further diluting the value of television to those in real estate. When was the last time you saw your real estate broker company's ad on television? When was the last time you saw your car dealer's ad on television? See the difference?

Network media such as NBC, ABC, CBS and Fox all share a common thread; That is they are all owned by publicly traded companies. NBC heads CNBC, CBS has a deal with Bloomberg, while Fox will soon be launching a network business channel all its own as well. When your job is to cover Wall Street to reach your advertiser's ( index funds, online brokerages and insurance companies) audience shedding positive light on real estate makes little sense. Not every homeowner is an investor but moreover when the stock market is doing poorly, its always easier to point out other market downturns, than the downturn staring you in the stock market mirror.  Don't get me wrong, real estate makes up a significant portion of the US economy, but its coverage far over-represented when compared to other signifigant industries such as manufacturing, oil, finance and government jobs.

The quantity of misinformation quoted in the news is appalling. Consider a report that discusses a "25% decline in home sales" from last year. This would definitely be alarming news to any homeowner looking at their home as an asset. However when the news caster fails to disclose that the drop was from an all time record high in sales, it skews the picture of real estate. As an educated consumer I recommend that you learn to read between the broadcast lines.

The truth is the US real estate market in general, even in the Triangle is experiencing real turbulence. The mortgage market, the credit market and the foreclosure market are experiencing rough times after years of tremendous growth. I challenge you to read between the headlines and know your local real estate market for yourself.  And when you watch network news use a cautious ear to decipher the truth behind every report you listen to .

Please log in or register to comment
Log inJoin now
Show All Comments
Larry Bettag
Cherry Creek Mortgage Illinois Residential Mortgage License LMB #0005759 Cherry Creek Mortgage NMLS #: 3001 - Saint Charles, IL
Vice-President of National Production
Turbulence does abound throughout the entire market.  Good point of view.  I think that the market needs people to go deep with their referral sources and increase their referral sources.
Like
Bill Gillhespy
16 Sunview Blvd - Fort Myers Beach, FL
Fort Myers Beach Realtor, Fort Myers Beach Agent - Homes & Condos
Ryan,  Interesting article but it does seem to be quite a stretch.  Not sure I buy the reasoning entirely but it is a different angle.
Like
Please log in or register to comment
Log inJoin now
chevron_left
Older Post
Back to Top
Newer Post
chevron_right
Rainer
28,330 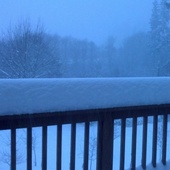 about 13 years ago
bookmark_borderbookmark
Where have all the developers gone?
View more Recent Posts   arrow_forwards