A picturesque island town nestled in the joining of the Patuxent River and Chesapeake Bay. Sandy Island is what Solomons was called pre-civil war and it came to life with the oyster industry. Isaac Solomon was an oyster packer from Baltimore and he bought the island to build a cannery. He had a marine railway, shipyard and wharf.

In the 1920's the oyster and local fish production had dramatically declined and Solomons became the peaceful, isolated little island again. In 1978 the Governor Thomas Johnson Bridge  across the Patuxent River was opened and connected Calvert and St. Mary's counties.

Today less then 90 miles from Annapolis, Solomons offers its quiet charm and maritime ambience - truly a restorative getaway. Travelers come to Solomons Island to sample the delicious food, fireworks viewed from the boardwalk, Solomons Offshore Grand Prix and Christmas walk, so much more. Solomons offers something for the entire family. Groups:
Posts to Localism
LinkedIn
Area Events
Give Back

It is, and this year it should be great. 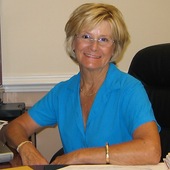