On September 11, 2001 I was boarding a plane in Detroit to Chicago schedule to continue on to Los Angeles.  We left Detroit at approximately 9:00 AM.  It was a beautiful morning and this was a trip I had made on a regular basis.  Normally, when we left Detroit we would fly over land across Michigan, Indiana and cross the lake into Chicago.

On this morning not long after the departure, I noticed we were not on the usual flight pattern for this trip.  We appeared to flying over more water than usual.  Then the flight attendant announced that due to the weather all services were cancelled, the restrooms were closed and we were under no circumstances to leave our seats.  There were three fight attendants aboard, one stayed in first class, one stayed in the middle of the plane and one in the rear of the plane.  My first thoughts were we had plane trouble and they routed us out over the Great Lakes so if we went down we would not crash into a residential or business area.

The flight remained very quiet. When we landed in Chicago, we landed as close to the terminal as possible and very quickly taxied to the jet way.  As we were taxing up to the terminal the Captain made his announcement that now he was going to give us the rest of the story.  He stated that the reason we were over water most of the way to Chicago was due to the fact that the Twin Towers had been destroyed by a terrorist attack and we were a suspect flight.  They felt the Sears Tower was another prospective target.  The fighter planes were just out of our sight and if he had veered off course, they would have shot us down.  I was sitting in the front of the first class cabin, so I was the first one off.  When the door opened, it was like landing in a third world.  The jet way had the National Guard on both sides holding automatic rifles.  When we entered the airport the National Guard was lined up on both sides creating an isle way, they were also holding automatic rifles.  They were making sure no one stopped anywhere inside unless you had luggage to claim.  The luggage claim area was totally surrounded by armed National Guard as well.

In leaving the airport, unless you had a reservation it was impossible to rent a car.  People were lined up for taxis.  The Chicago police were everywhere, to make sure traffic flowed from the airport as quickly as possible and that no one coming to the airport could get close to it.

I know for me this is one day that will always remain with me. I will always remember the ones that lost their lives on such a beautiful day for no real reason and how short our lives can be.  We should always be thankful for every day we are given and remember that no matter what type of day we’re having most likely there is someone else having a worse day.

My thoughts and prayers are with the families and friends of everyone that lost their lives on 9-11-2001. 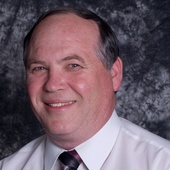