Many times as Loan Originators (even seasoned) we run into huge problems that just don’t make since. I am at this time calling out (in blog form)for  help from any and all who have been thru this, or have ideas on how to help our client.

An officer in the company has been working a file for a little over a year, this property was involved in the largest bank/title fraud case in Indiana history.

In Dec of 09 the client refinanced his home (approx 333K) the original loan was with XYZ. The new lender was Taylor Bean. As everyone knows Taylor Bean went south. During this process it was found that the title company never paid the existing Mortgage off with XYZ, and a claim was filed against the title company. In doing so the servicer for Taylor Beans now Defunct notes (current servicer) put a permanent freeze on the account, not allowing the borrower to pay any payments, and the loan was not to be reported to the credit agencies. We were unable to obtain a payoff for the borrower to benefit from the lower rate.  After repeated attempts to try and get a payoff nothing could be given as the claim with the title agency was still open. This has been going on for 4 months

On August 26th the client received a demand (foreclosure notice) from the current servicer/lender.

Issues I have as of now to obtain a new Mortgage. The primary issue being this is a 90% Mortgage, and the MI Companies are turning it down. I have also included my rebuttals for both issues.

<!--[if !supportLists]-->1.       <!--[endif]-->Client never made a payment to any kind of escrow account, bank account etc….showing any kind of pay history – Rebuttal: Client’s income more than covers the cost currently (and has had the entire time). Client has a substantial bank account – enough to cover all past payments – no need to “pay” into an account only to lose interest payments based off the full value of the account. This account has had enough the entire time

<!--[if !supportLists]-->2.       <!--[endif]-->Borrower is “in foreclosure” – The lender never sent the borrower or attorney any documentation stating the Permanent freeze was lifted and payments were to resume based off the original Note and Mortgage. Rebuttal: Any payments made from the beginning of the permanent freeze until now would have been returned to the borrower (monthly), and a letter stating this was provided from the servicer to the clients attorney. The attorney advised not to pay monthly as it would be returned.

At the present time we are still unclear if the permanent freeze was lifted, and if so why the client never received notice. Again, the attorney has been repeatedly requesting a payoff from the servicer/lender so that we could refinance.

So at the present I have a borrower that is unable to make monthly payments as there is a Permanent Freeze not allowing him to do so, can’t get a new loan because he can’t get a payoff, and has no payment history since Dec of 09. They have over 780 Credit scores, and substantia income and assets, and now have received a demand notice to pay the entire amount off plus interest, penalties, and attorneys fees.

Any advice would be helpful! 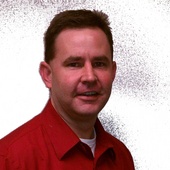