According to the report — which combines data from Nielsen mobile and online meters, buzz data and a survey — Internet users spend more than twice as much time on social networks (including blogs) as they do on online games, the next top web destination by time.

The most popular social network as measured by Nielsen online meters is Facebook, followed by Blogger,Tumblr, Twitter and LinkedIn.

Nine of the 10 most popular social networks were dominated by women. Only LinkedIn had a percentage of men visiting the site that exceeds the percentage of men who are active Internet users. Women also watch more video content than men, although men watch longer videos.

Mobile is just one of the many ways Nielsen found social media use becoming universal.

Having a successful Facebook fan page is now more important than ever. As of July 2011 there are 750 million active Facebook users. Can you imagine? 750 million people that are eager to connect not only to each other, but also… to companies and brands. That’s more than twice the population of the US!

“It’s the first time we looked at the data comprehensively,” says Nielsen’s SVP of Media & Advertising Insights and Analytics Radha Subramanyam. “[What is most surprising to us] is the rapid adoption, the measurable reach of social media. Four out of five Internet users. One of five minutes spent online. When you have those numbers and see their scale, it’s staggering.”

There are many ways to use Facebook to your advantage, of which fan pages are by far the most powerful. They allow you to interact with your target audience and create relationships for years to come, making Facebook fans a valuable asset for your company. Research has shown that Facebook Fans spend $71.84 more per year than non-fans. When you also take the loyalty and recommendations into account, the Total Yearly Value for each fan is $136.38 per year on average.

AllFacebook.com recently did their own study when they calculated that the average Fan is worth $3.60 Annually to most businesses. This is on the safe side compared to most other reports, but even according to this report Facebook Fans turn out to be very valuable. And remember, those fans are yours forever to profit from!

Now take a look at the fan pages of big brands like Pepsi, Red Bull, Coca Cola or Porsche:

What do they all have in common?

They all have custom landing pages that look really, really good. Having a custom landing page really makes a differencebetween having a poorly set-up fan page, and a successful viral fan page that will generate thousands of likes and leads (e.g. email addresses, sales etc).

This is something you don’t want to miss out on! To find out more about how MacWin Consulting can help you and your business, please fill out this form and someone will contact you as soon as possible!

Wow, lots of great info here worth reading. great stats thanks for sharing. 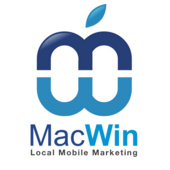