As a mountain resort town, Jackson Hole has a high cost of living. It's expensive to live here, primarily because housing is (or was) so expensive, and because you can't actually grow food here. We do brew really good beer though. But I digress.

My last blog rambled a bit about hitting cats with a dead Realtor® and about how easy that was here, because there are so many of us. But why are there so many? Is it something in the water?

Word on the street is that it's an easy living. And with a median home price north of $1,200,000 in 2010 (less for condos and vacant lots), it's true that the average sale is going to make good money for that hard working Realtor.

But how many sales are there in a year? And how many agents are there? Hmmmm. Let's look.

The number of licensed agents in Jackson Hole more than tripled from January 1996 to January 2008. The number of sales doubled over that time frame, which means that each agent was making fewer sales. Then....well, we know what happened then. The banking system collapsed, and real estate transactions stopped dead in the water.

Since 2008, there have been fewer sales each year in this market than there are agents! Ouch.

And when you consider that the 20/80 rule is at work here (20% of the agents making 80% of the deals), I expect we've still got quite a few agents who will exit the business in the next couple of years. That's tough.

And yes, that is one good looking dog!

Hi Phil, thanks for stopping by! What amazes me are the full time agents who only give it part time effort. Many of them could be so successful if they would treat it seriously.

Great article, very informative and useful information to have.

Tim -- Good analysis, and I suspect what you say is true in many areas.  We still have a lot of new agents coming in. Many still think it's an easy buck.  They will find out it's hard work quickly enough and how you have to work constantly and consistently to be successful.   It's a great job, but you have to be committed AND LIKE what you're doing.

Tim, I suspect that there are quite a few agents that have other jobs since there's not enough sales to go around and those agents with no sales may be bussing tables down at the local cafe.  Great graphs and text to go with it.  It's a tough market right now..

Tim - I had to come over and check out your blog after seeing your great picture on Donna Harris' blog.  That airplane was very chummy with your daughter.  So I am greeted with your first blog, which is fantastic!  Also did they factor in the COST of being an agent.  I wonder some years if I ever break even!!

Thanks for stopping by, Will.

Russel, is that the proverbial blind squirrel looking for a nut?

So right, Barbara, so right.

Judi, the local joke here is that the proper thing to do with the Realtor on your front porch is to pay him for the pizza...

Hi Kym, thanks for passing through! We just hired a new agent, and it's been an eye-opening experience for him as he digests how much work this is, and how much it costs him to show up to work each day... Many of those agents are not getting a paycheck so you wonder how many of them are working another job.  I didn't know Jackson Hole had so many real estate agents.

The wife and I plan on making a run up your way next year for a fun vacation.  I've been to Jackson Hole several times but she has never been and is excited to experience it.  She's already getting monthly news letters on the area and plotting cool things to explore along the way.

....Friday’s child is loving and giving,
Saturday’s child works hard for his living

I retired from a long time career an ER-ICU RN.  Years ago, I worked as an agent in the Kansas City Area, was licensed  in both states and loved my job.  I did well then, and when I realized retirement isn't for me yet, and thought about things I could do, there was no contest.  Some of my enthusiasm came from the fact that I was looking for a new home myself and went through about a dozen agents before I found one who was interested in doing the job.  Clearly, there was a place for a buyer's agent with a work ethic.

The market had crashed but people willl always need homes.

Why are you not writing more posts Tim.  You write so well.

Hi Jane, oh, same reason I haven't made it to my yoga class in months. Too busy at work, raising a new baby, worrying about my mortgage, lol. I do enjoy it when I have written a good post, but the old writer's block is something I'll have to overcome to be more proficient.

Tim, Came by to see how you are doing. Are you toying with the idea of retiring from blogging?  I thought maybe you'd decided to go out on top with a featured post. LOL..

Please come back and write something.. Have missed your posts.

Hope you had a great Thanksgiving and that your Black Friday won't get too stressful and mess up the rest of your weekend! Hope you had a great Thanksgiving yesterday and a happy Black Friday today. Good luck in ending the year on a high note!

That is expensive real estate. If you have great beer though it makes it all that better

There are certainly those who don't realize how much work really goes in to each sale and if they really figured out the number of agents vs the number of sales like you have, they will quickly realize it certainly isn't an easy business.

Mar 11, 2012 09:13 AM
LIKE
#46
You must sign in or register to leave a comment
Login Register
Show All Comments
Older Post Newer Post
Back to Top
Generate More Leads from this Listing
With a Trulia Pro Account
Learn More
Find what you need?
See More Blog PostsAbout Real Estate! SEE MORE NOW!
Rainmaker
288,656 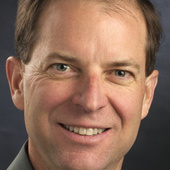